On the 3rd, 4th and 5th of May, EGM's office was the venue for the theater performance “When the war came”. This performance is based on war stories from Dordrecht and was played by ten talented young people from the ToBe Youth Theatre School.

The performance was part of the national Theatre Na de Dam project. Every year on May 4th at 9 p.m., just after the commemoration of the dead, dozens of similar location performances are premiered throughout the Netherlands starring young amateur actors. In addition, at the same time there are also performances of professional companies in major theatres. The project aims to revive war stories and to create awareness, especially among young people.

ToBe has approached EGM because of the location of our office next to the city bridge to Zwijndrecht and the river Oude Maas. The location is not only attractive because of the view, but also because the bridge played an important role during the war, as a way to get to The Hague. The show was performed in our foyer with the Oude Maas and Kalkhaven acting as the backdrop. The final scene took place outside on the square on the quay, supported musically by 30 singers from the Vocal Harmony Academy. 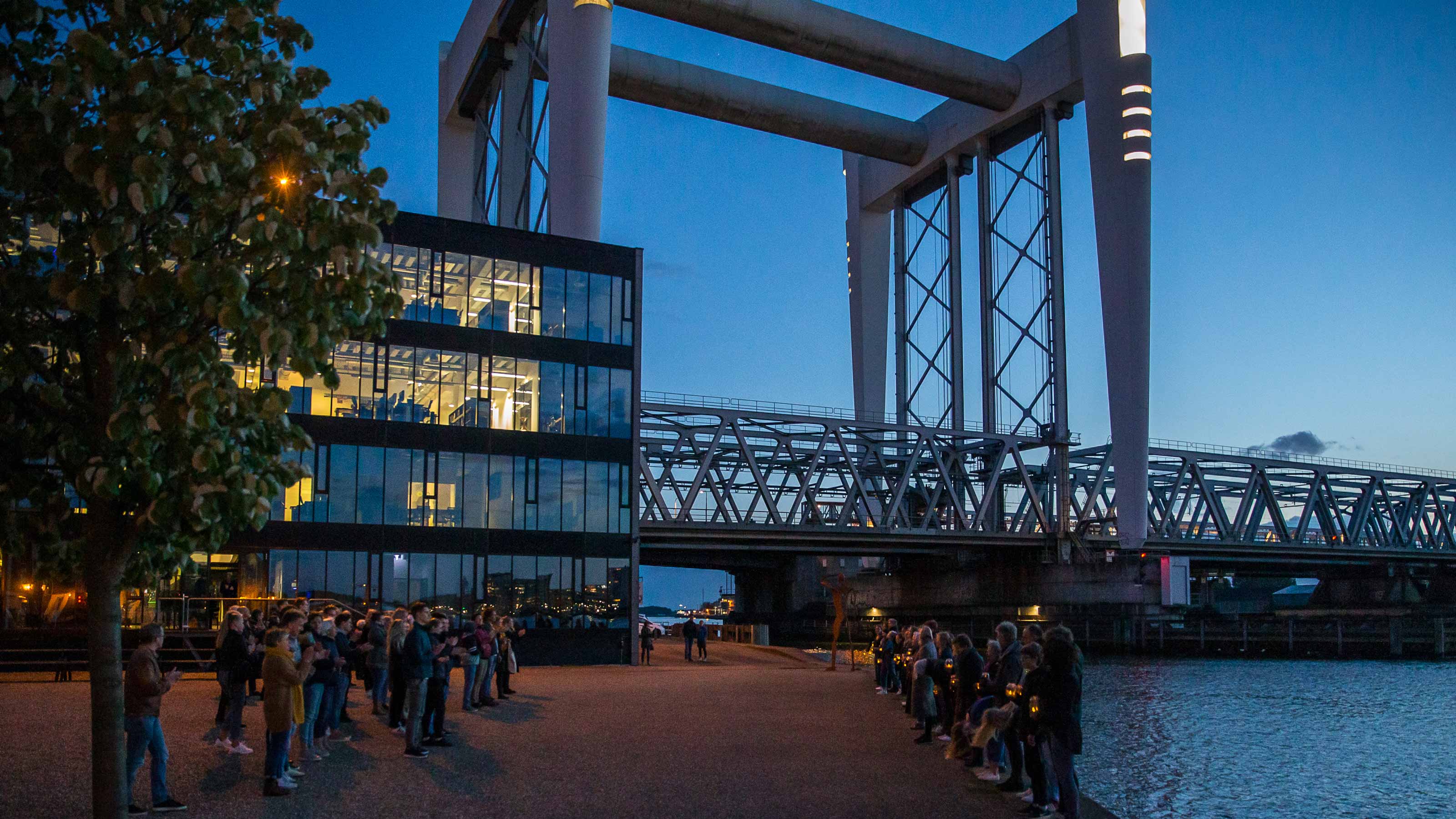 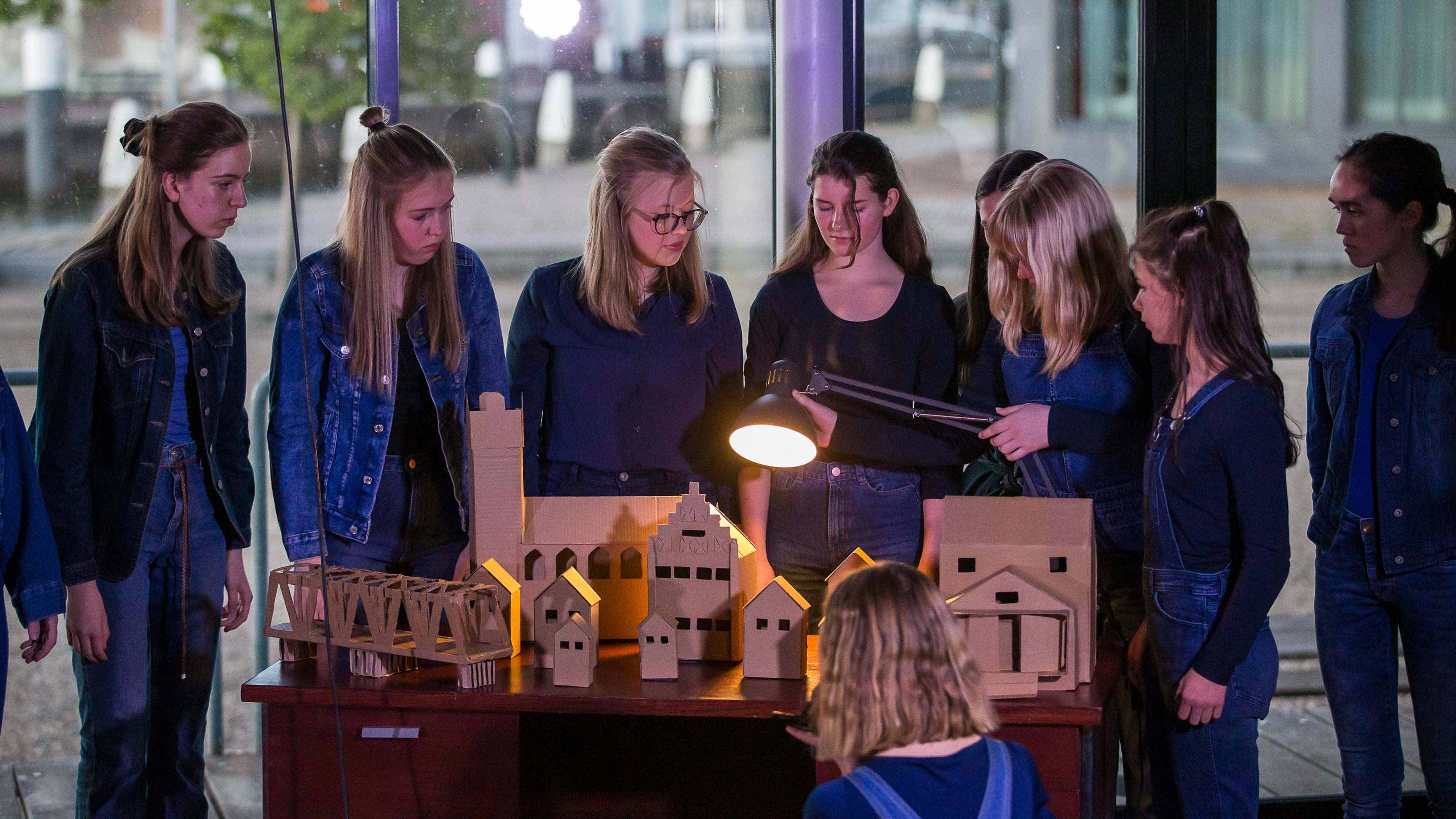 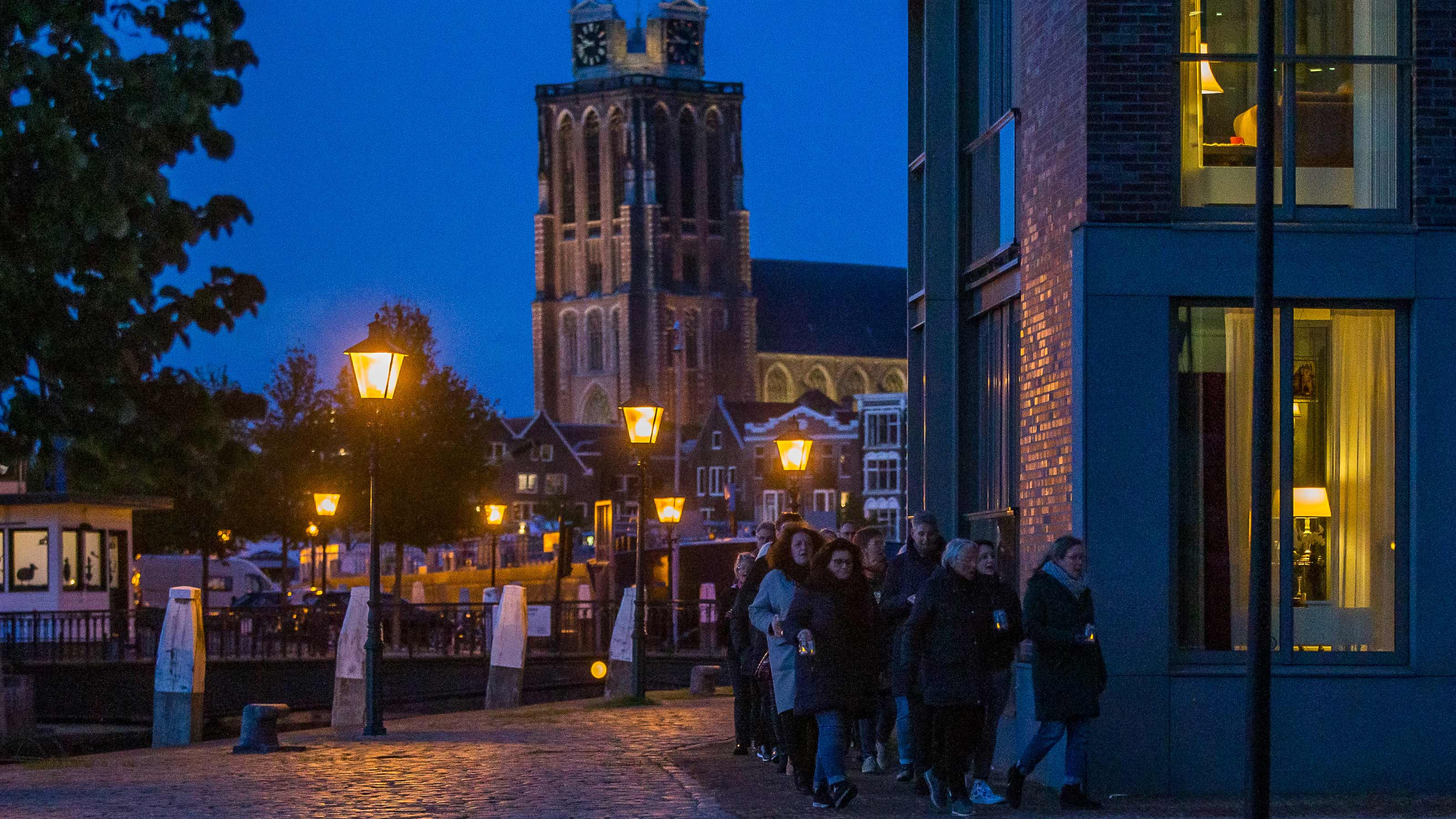 Sporting heroes at the Verkerkloo ...

EGM at the Archicup Rotterdam

Sports and fun at Woudestein