Adapting sustainably in response to changing insights into patient care

Academic diagnostics is a complex matter. Designing a sustainable building for it is just as complex. It calls for specific knowledge and expertise. EGM designed a diagnostics building that adapts effortlessly to the changing world of academic care. That ensures that the best diagnostics and treatments can be provided, now and in the future. Even when it comes to emergency and life-threatening situations 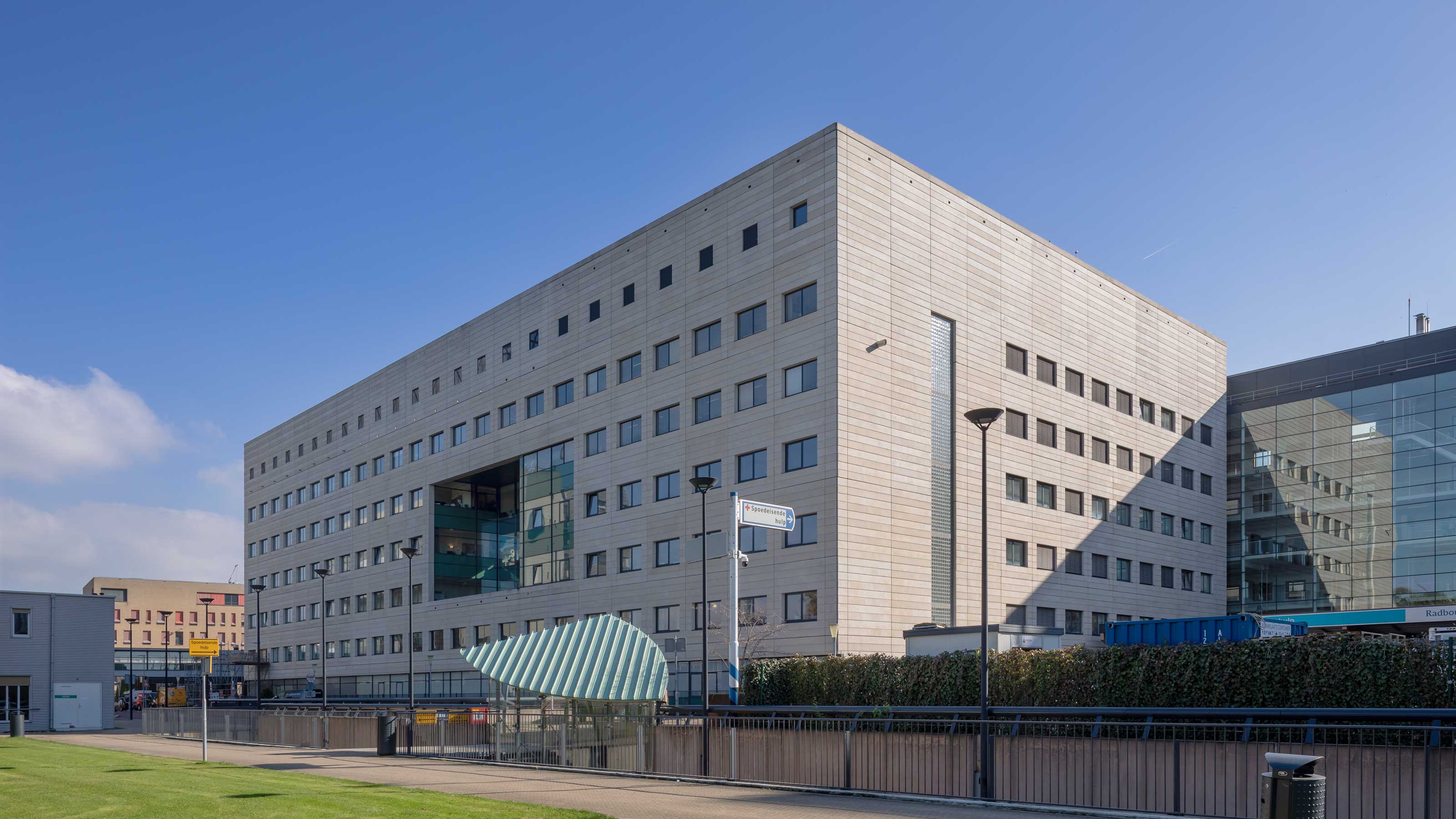 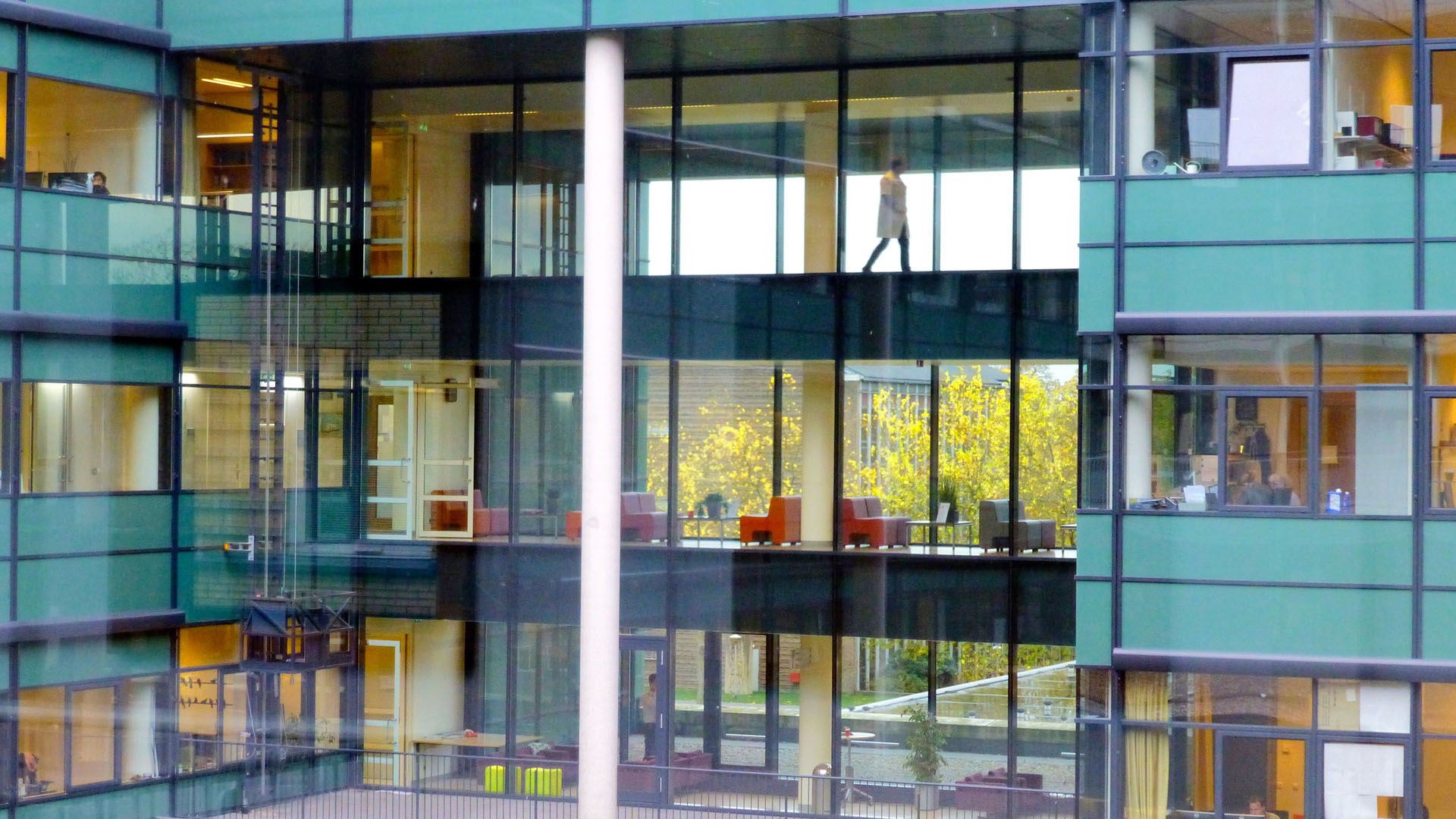 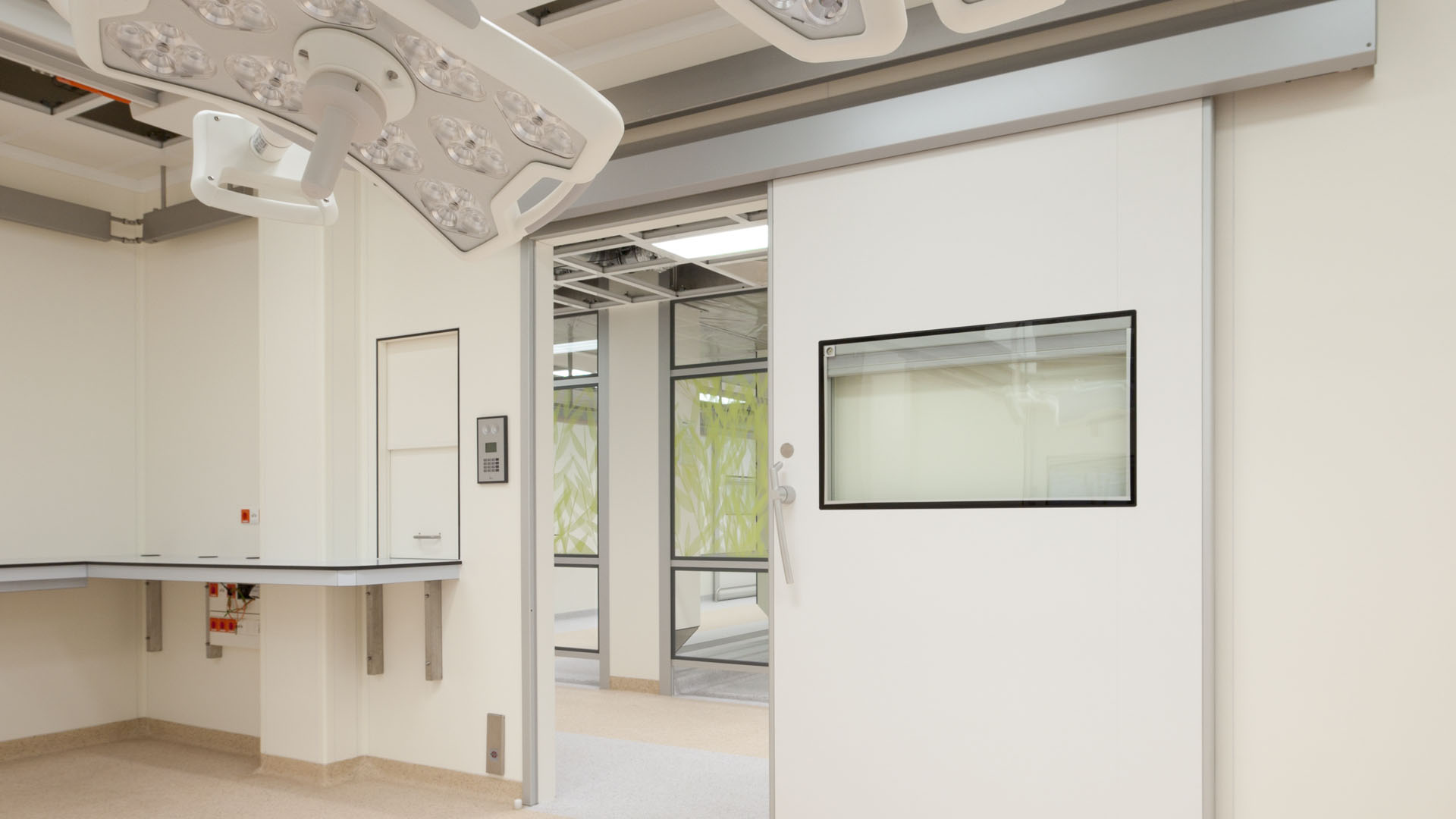 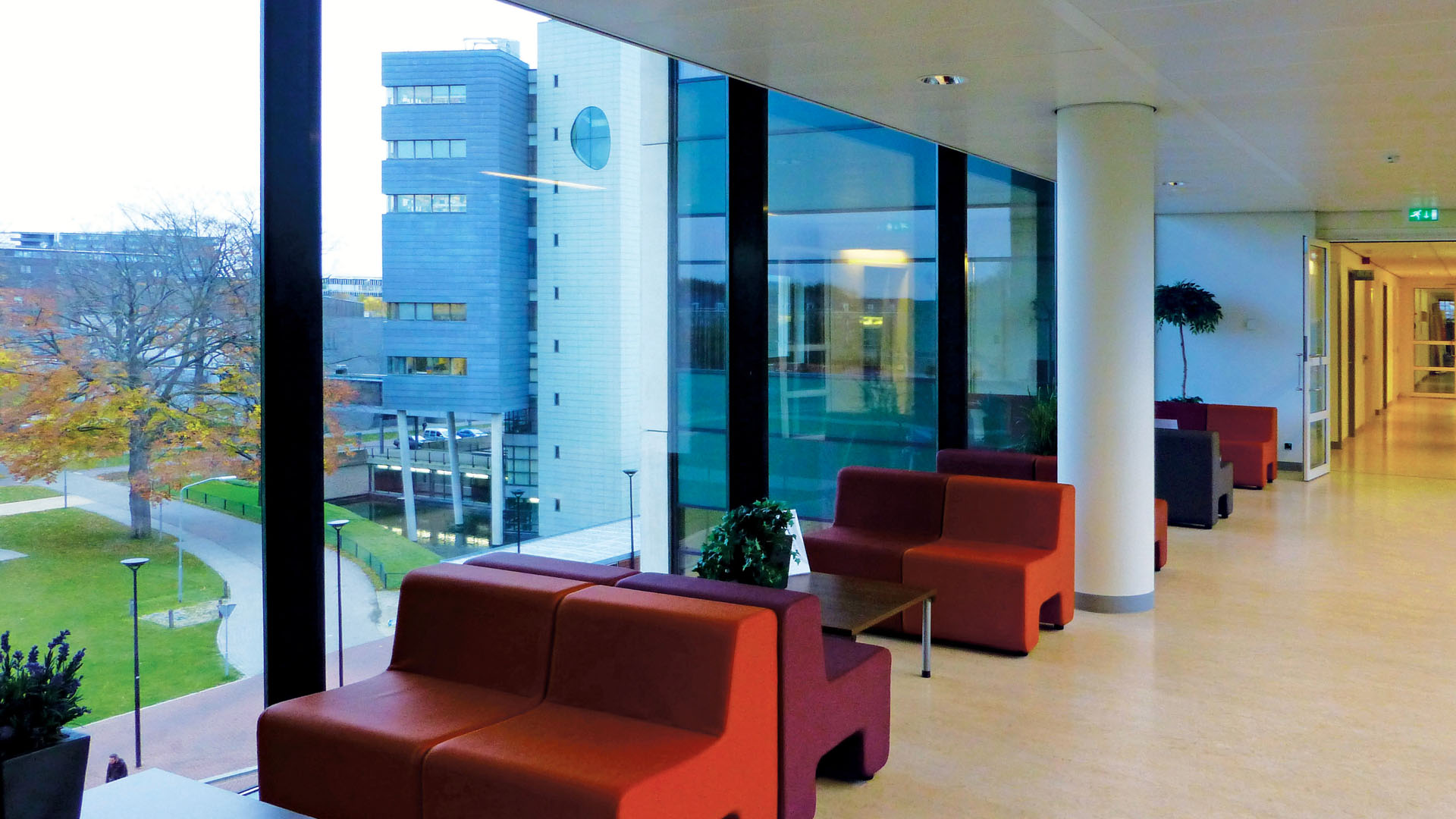 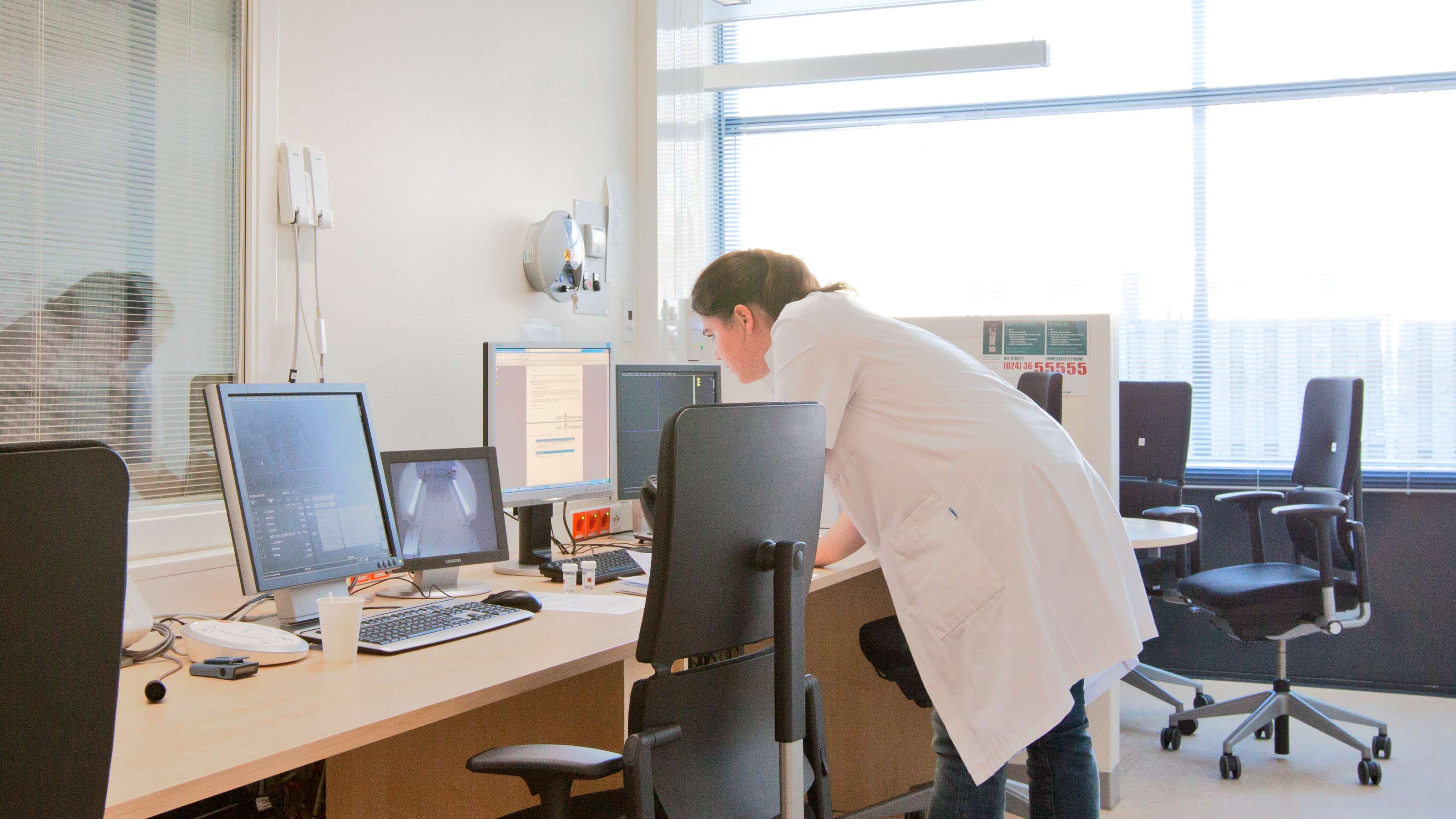 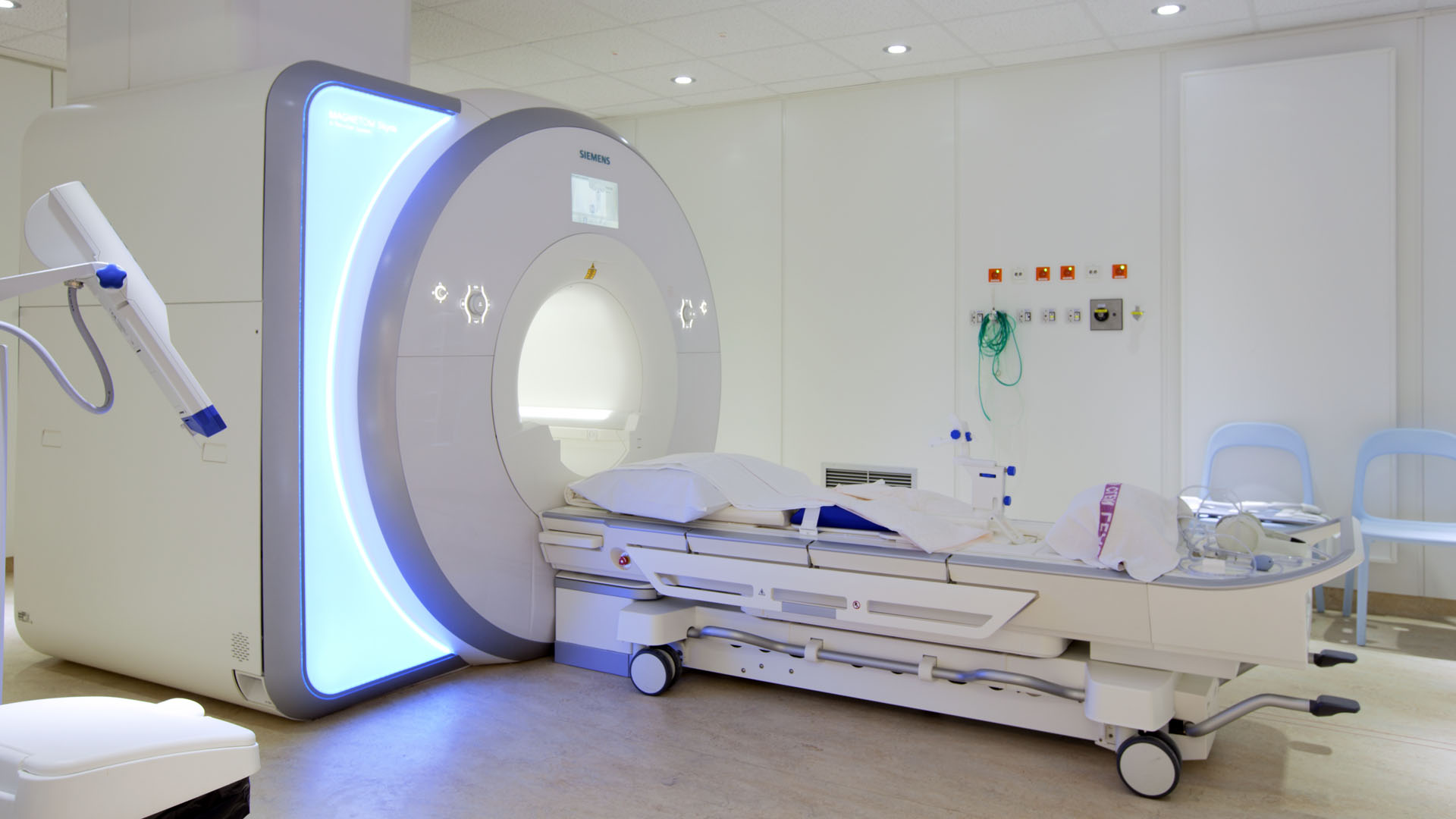 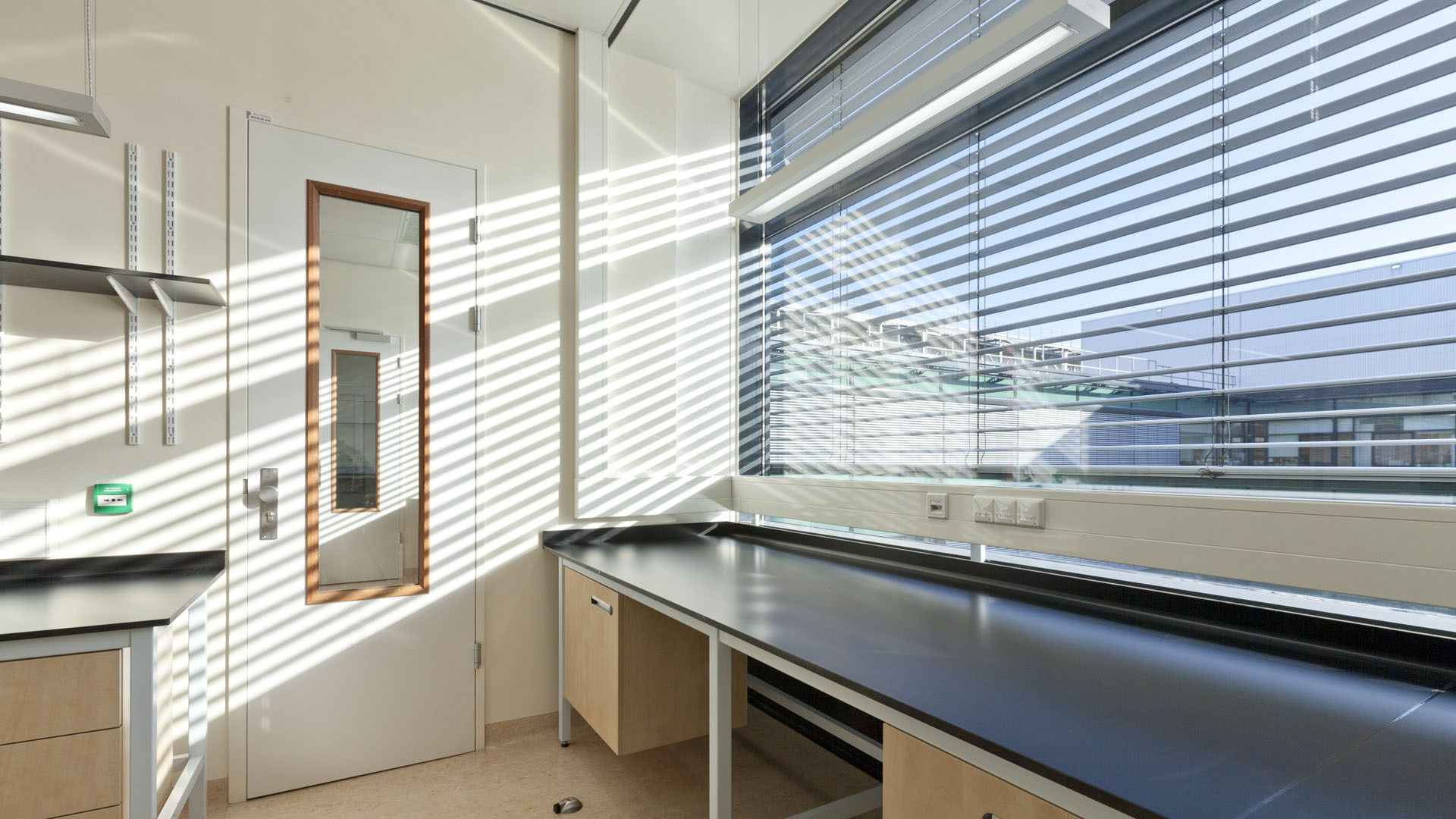 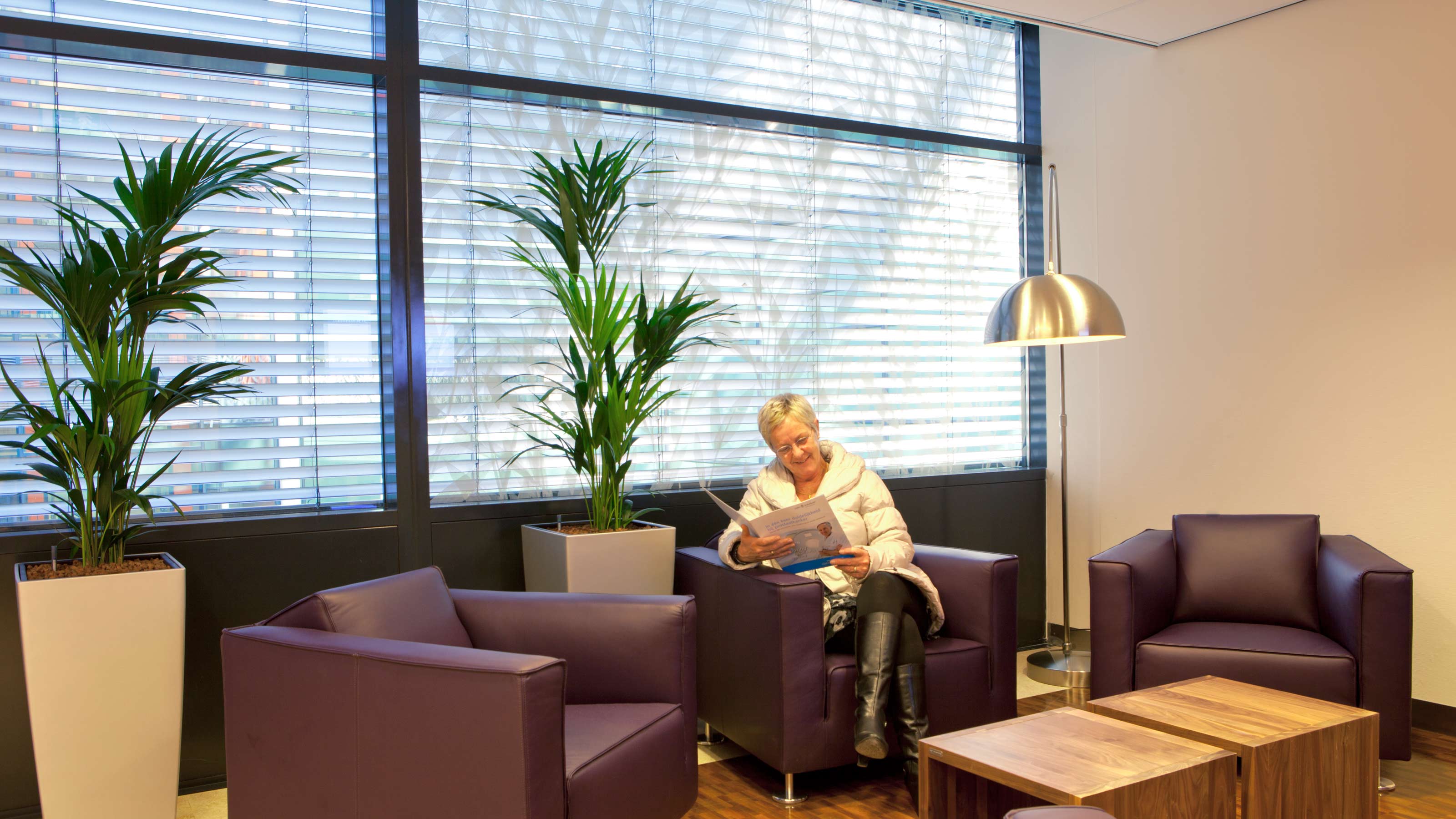 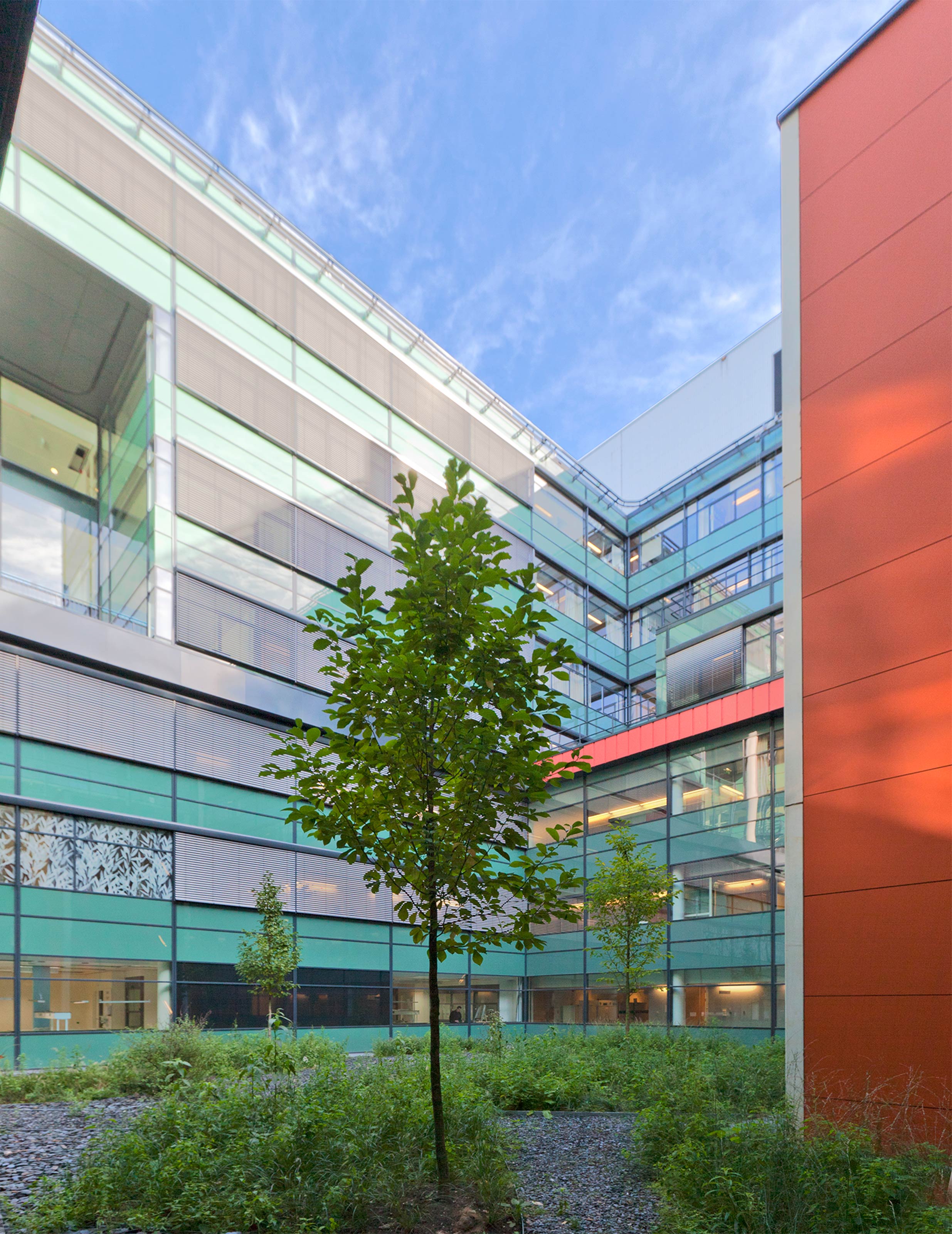 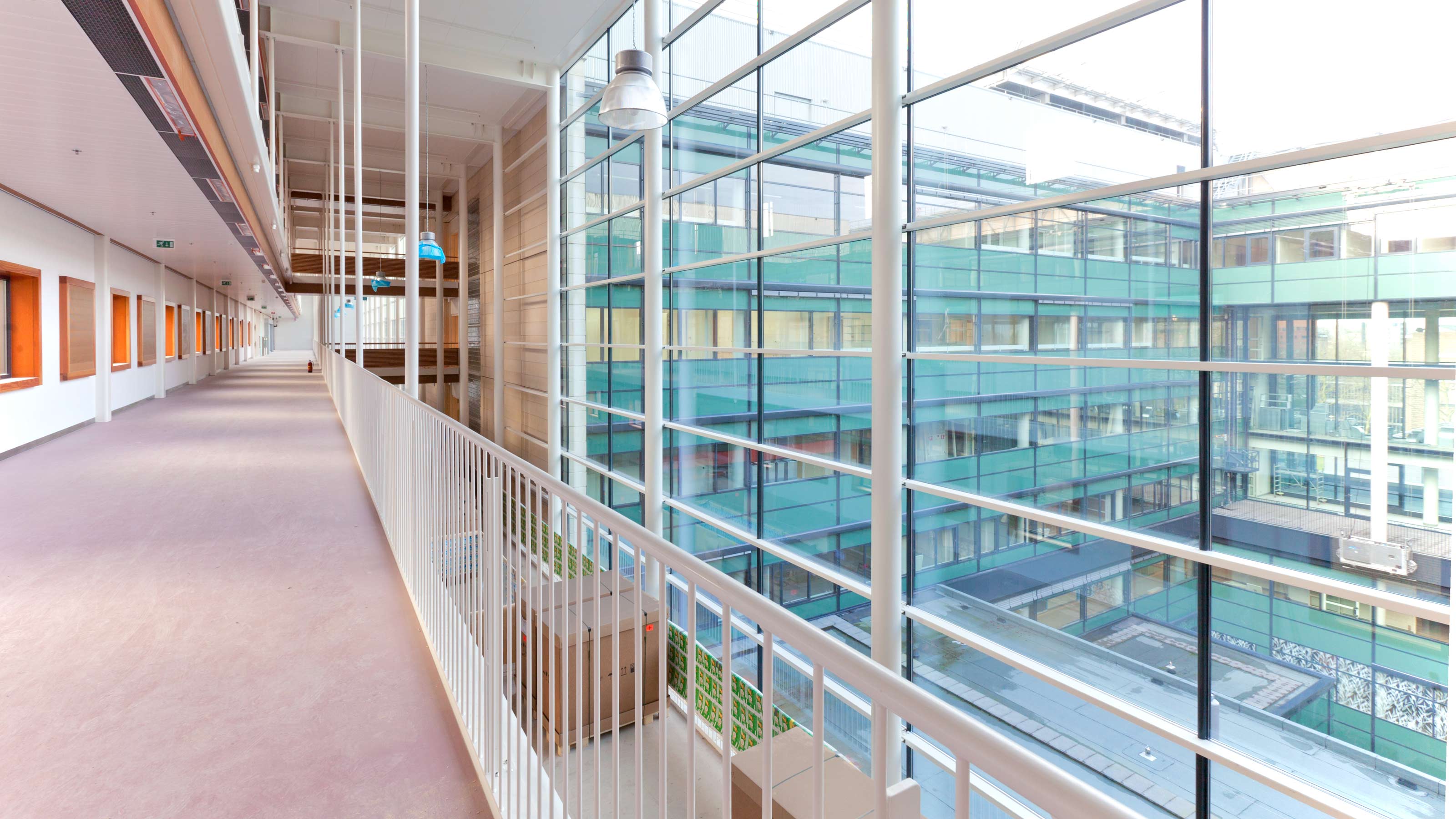 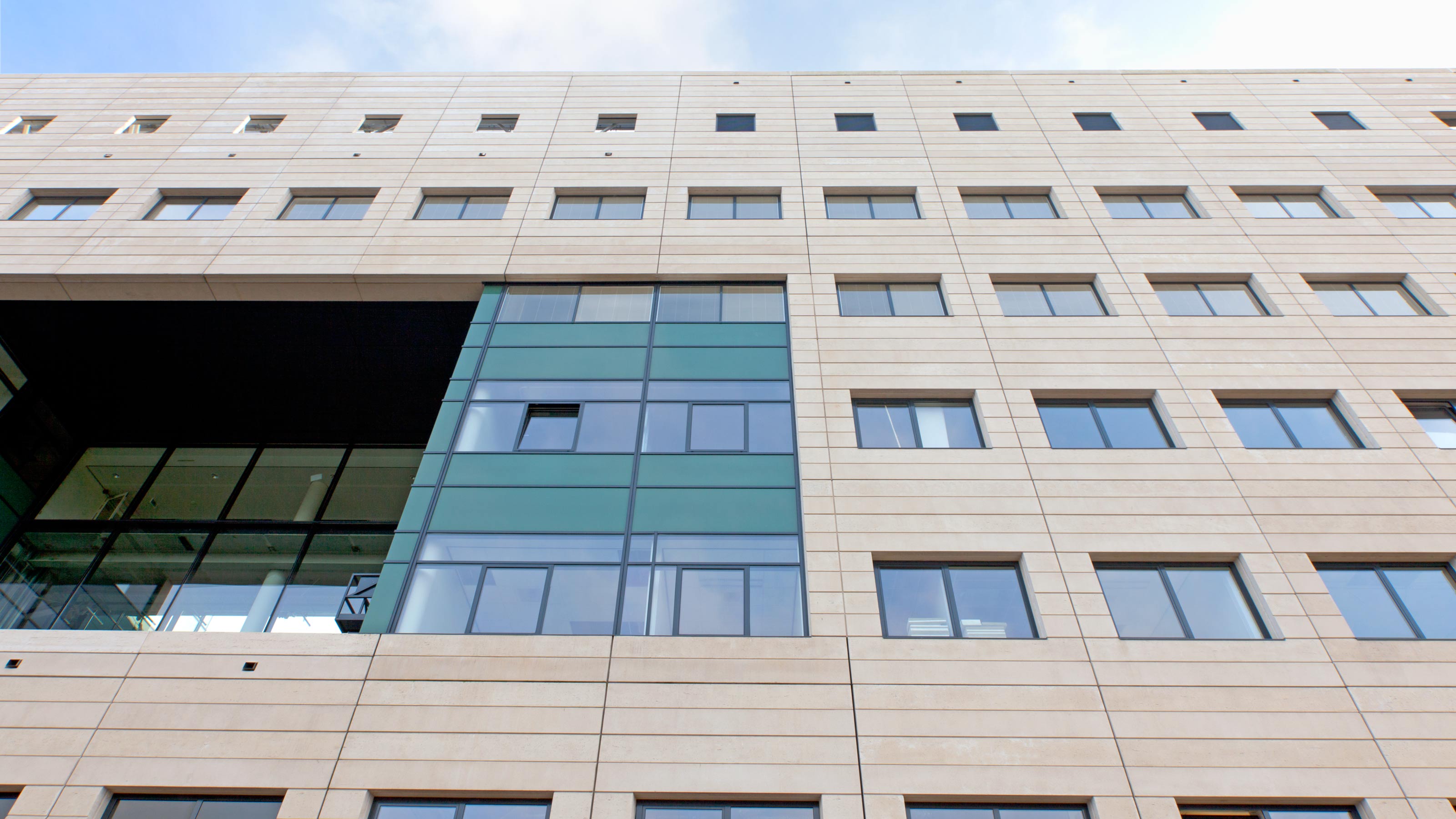 The diagnostics building at the Radboudumc is rational and humane. Strong and sturdy on the outside, warm and soft inside. Behind the sleek facade lie the departments of Radiology, Nuclear Medicine, Central Endoscopy, Medical Microbiology, Heart Catheterization and Pathology. With their state-of-the-art research laboratories, operating rooms, MRIs and CT scanners. With a roof-top helipad, the diagnostics building also houses the mortuary and the emergency department with ambulance station. The building was constructed in two phases while the hospital remained fully operational.

The diagnostics building is the first new structure on the south side of the Geert Grooteplein, which forms the heart of the Radboudumc master plan. To ensure the unity of the plan, EGM developed an urban design vision, which also formed the basis for the diagnostics building. This complex puzzle resulted in a conveniently organized building with a clear structure.

The rational, U-shaped building reflects the high-tech functions it contains. The solid volume sits on a light plinth, with a strikingly large opening in the centre. This ‘urban window’ connects the building with the square. From the public spaces inside – playfully arranged with staggered volumes – the building opens itself up, so to speak, to the square. That in turn creates open views and allows additional natural light to enter the building.

A place for everything in a confined area

The design called for a great deal of brainwork early in the project to find a place for all functions and medical equipment on this relatively confined site. Functions need to operate both independently and together. That is why the building is logically organized. The busiest units, such as Emergency Department and Radiology, are located on the ground floor. Located on the upper floors are the Medical Microbiology and Pathology departments. The roof-top helipad – which necessitated a special structure – is directly connected to the Emergency Department on the ground floor and the Operating Complex.

First 24-hour lab in the Netherlands

The diagnostics building is designed to accommodate the latest technology. For example, the Radboudumc was one of the first hospitals in the Netherlands to group all patient care laboratories (nine in total, from five departments), the sample reception area and the basic and emergency diagnostics together in one central facility. The 24-hour lab, where patient-related lab results can be provided within one hour, is very advanced and unique in the Netherlands. Ingenious logistical robot zones reduce the risk of errors and potential loss of material. With these high-tech and high-end laboratories, the Radboudumc makes a significant contribution to the quality of healthcare.

Constructing and relocating while everything continues

The realization of the diagnostics building was the first step in the renewal of the campus. It was a logistically complicated construction puzzle, because all Radboudumc departments and buildings had to remain operational, including the departments that relocated from the western flank of the site to the new diagnostics building. This major relocation puzzle – based on the principle of ‘first time right’ – was accomplished perfectly and smoothly thanks in part to the experience of EGM.

The strength of the building lies in its flexibility. For example, the design can adapt effortlessly to the constantly changing world of academic healthcare and the changing needs of staff and patients. Since the opening in 2002 the operating rooms of the outpatient clinic have been modernized and ophthalmic operating rooms have been added. These changes have been prompted by organic developments stemming from the master plan. In short, the sustainable, intelligent and patient-friendly design has repeatedly proven its value in practice.

Innovation and inspiration in lab ...

Designs on a personal scale and s ...

A place with a recognizable and ...