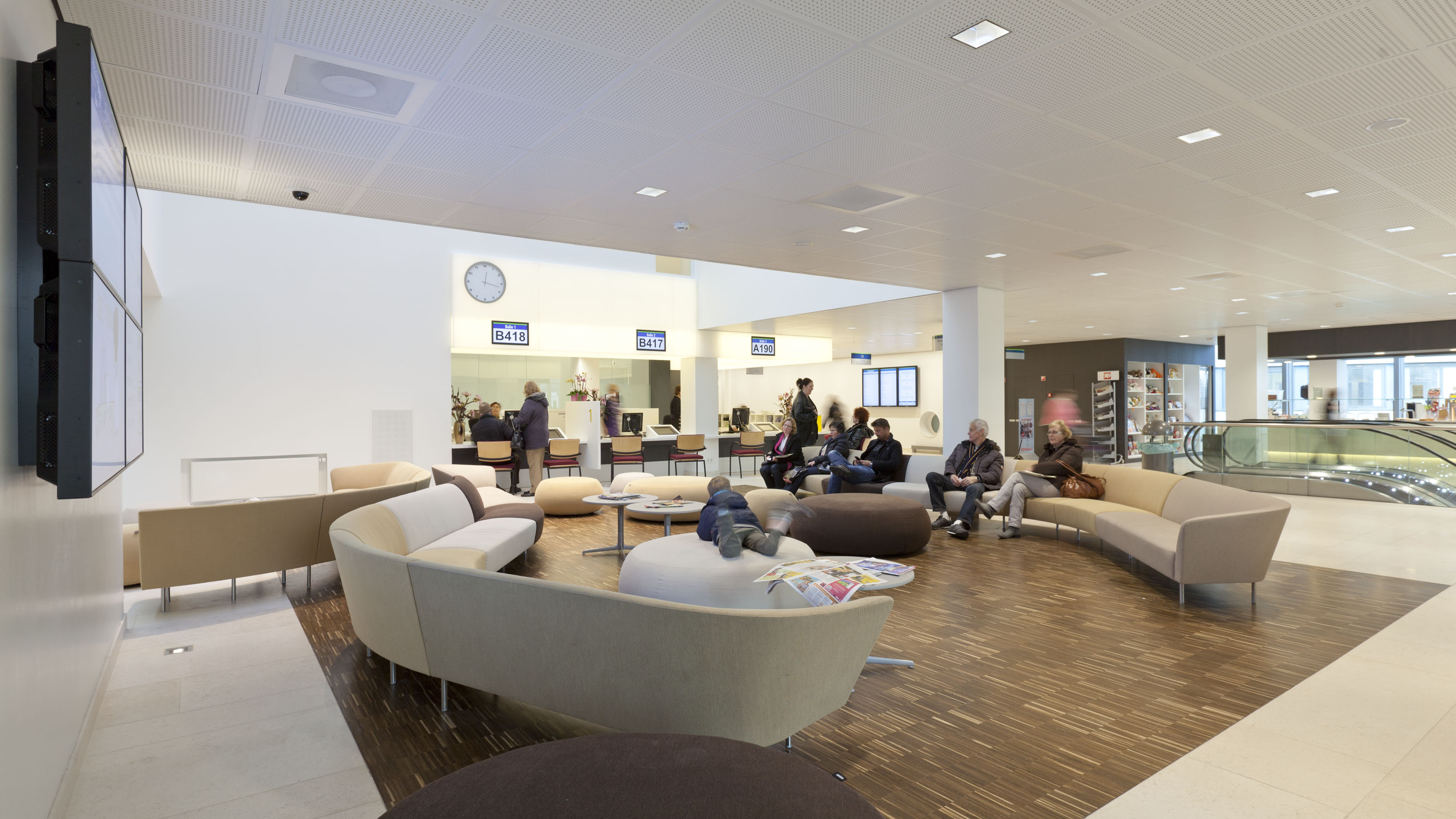 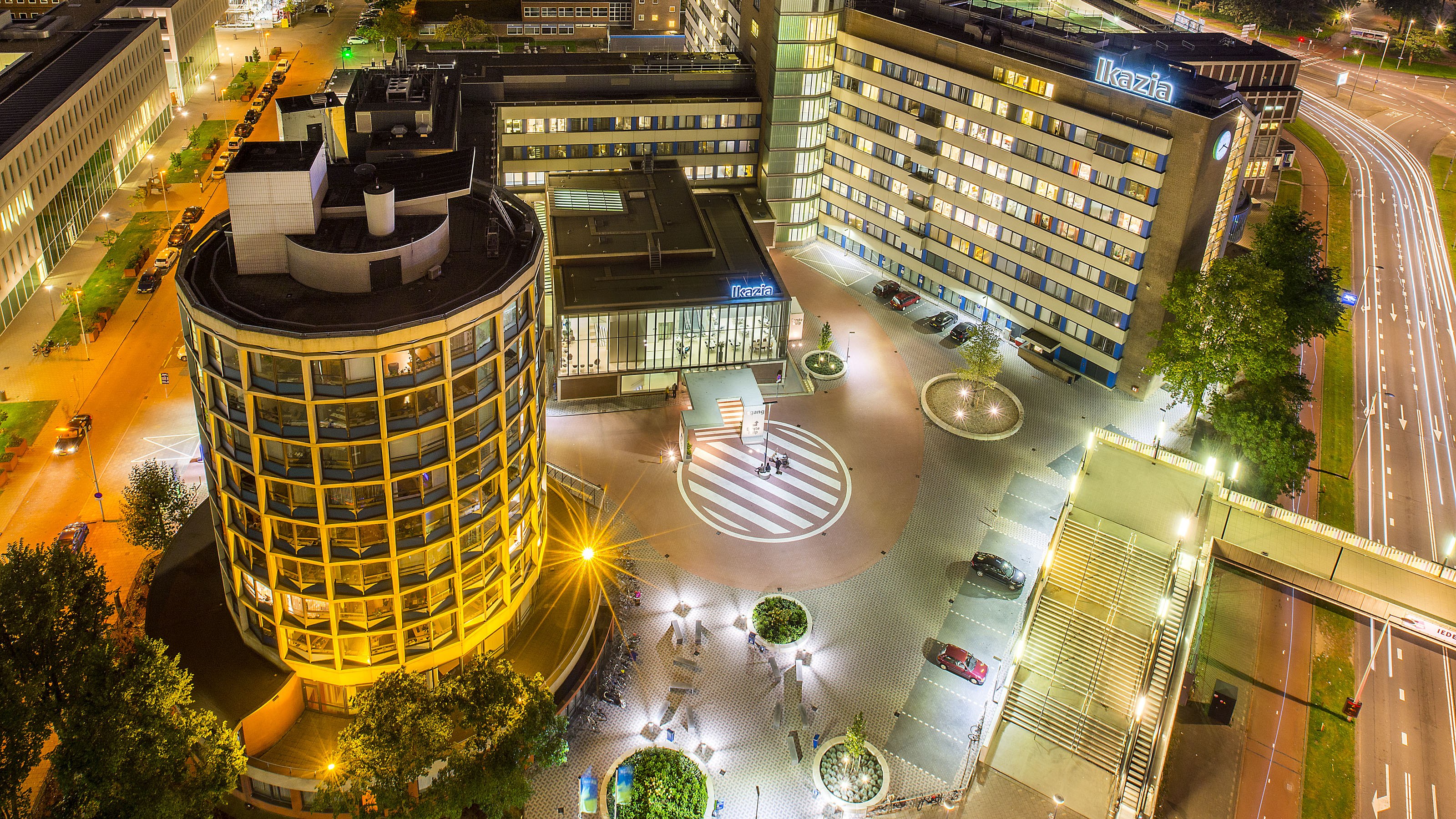 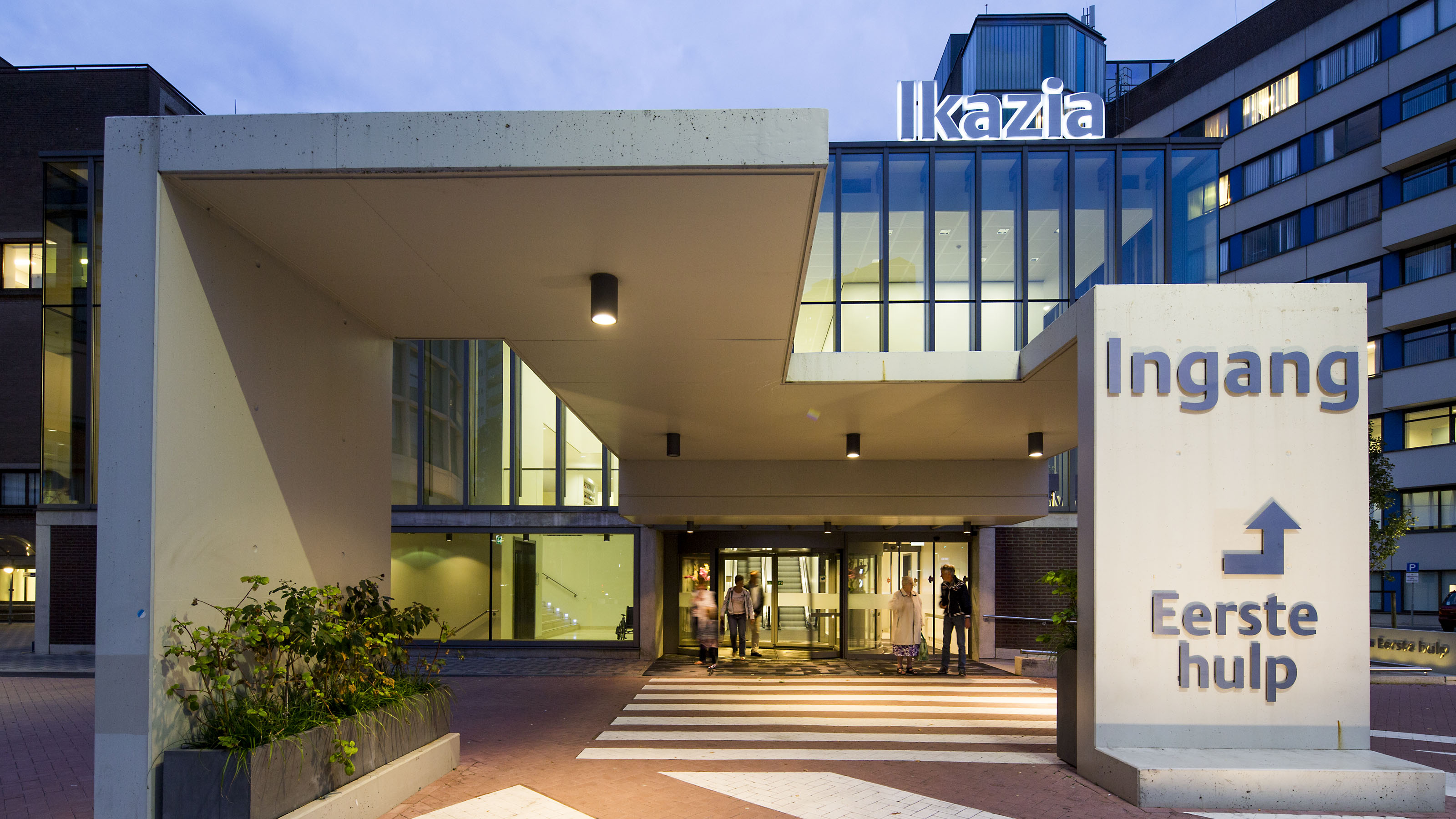 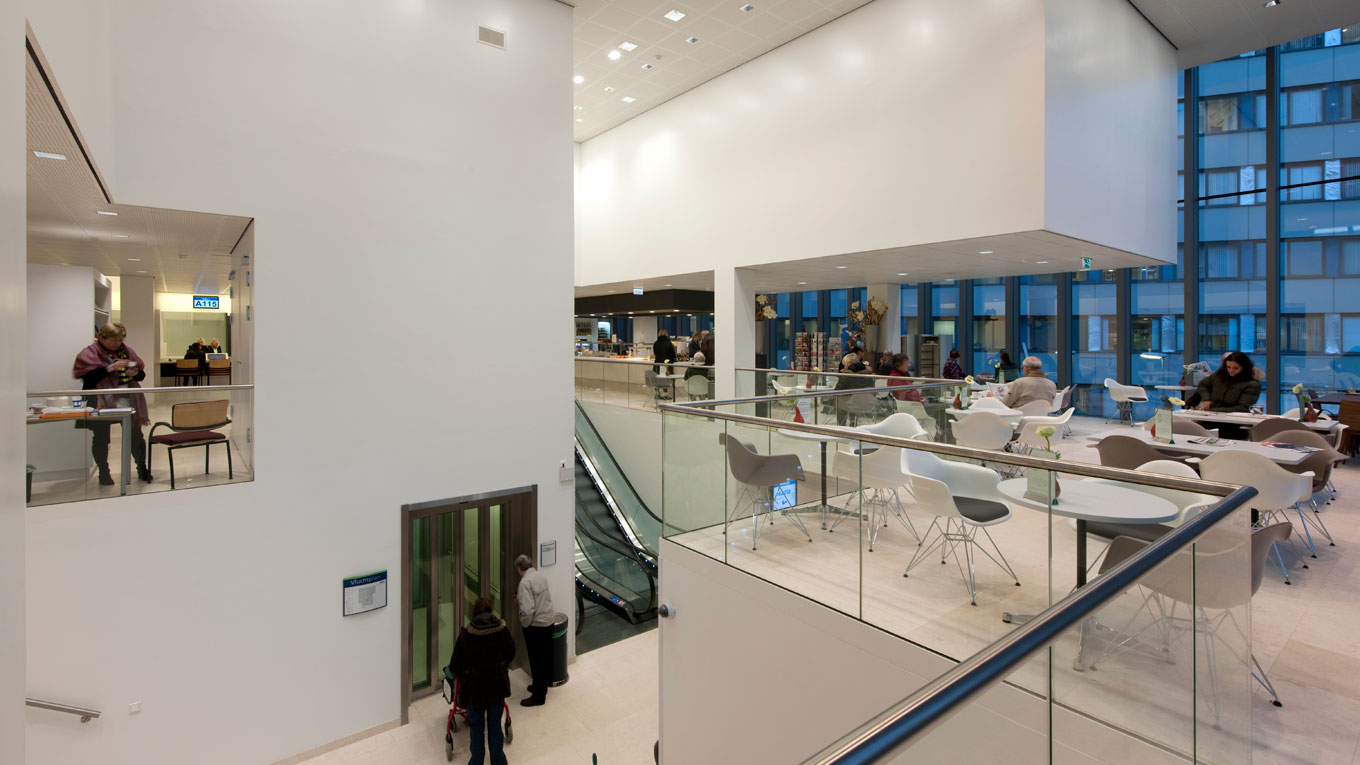 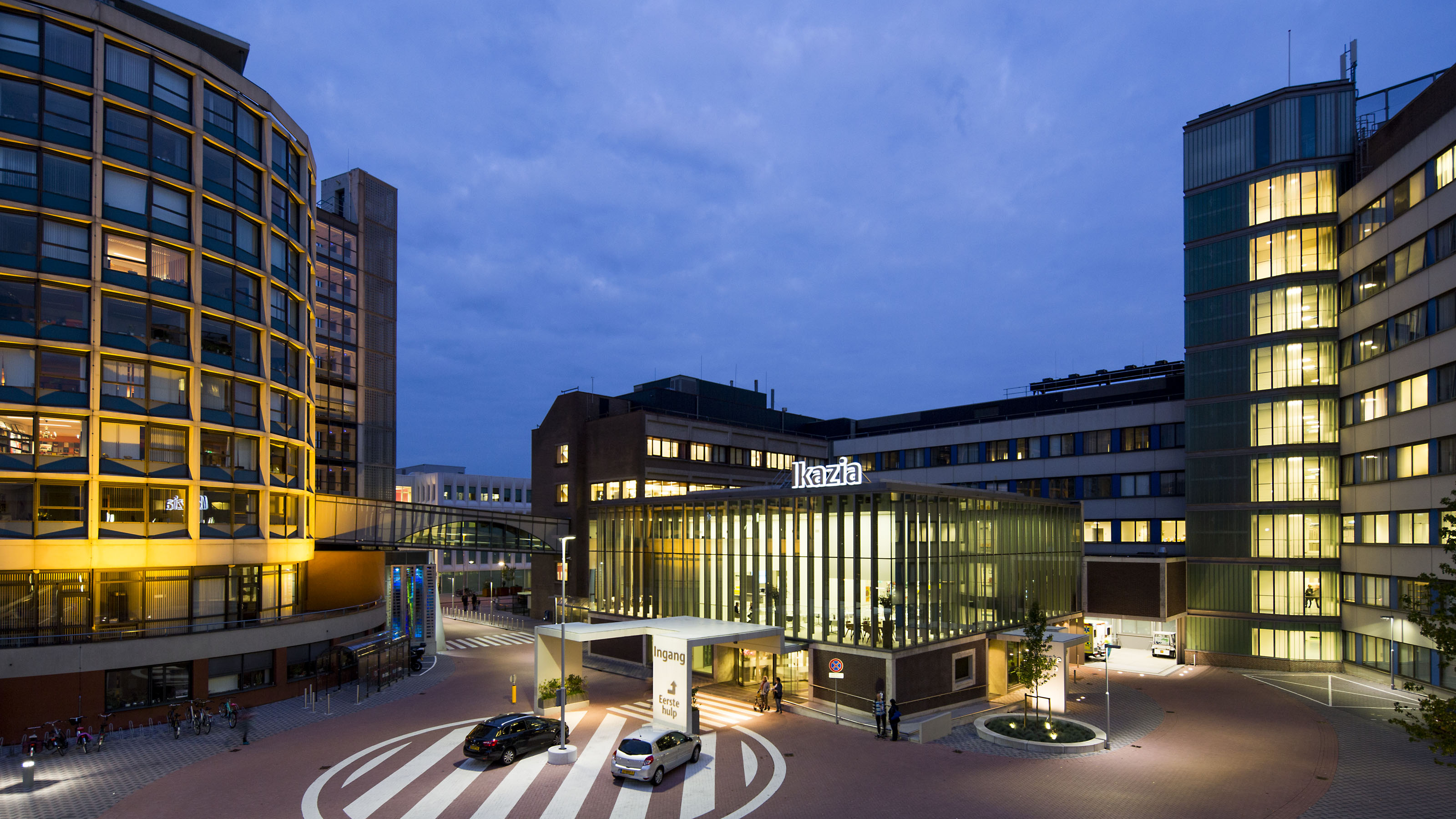 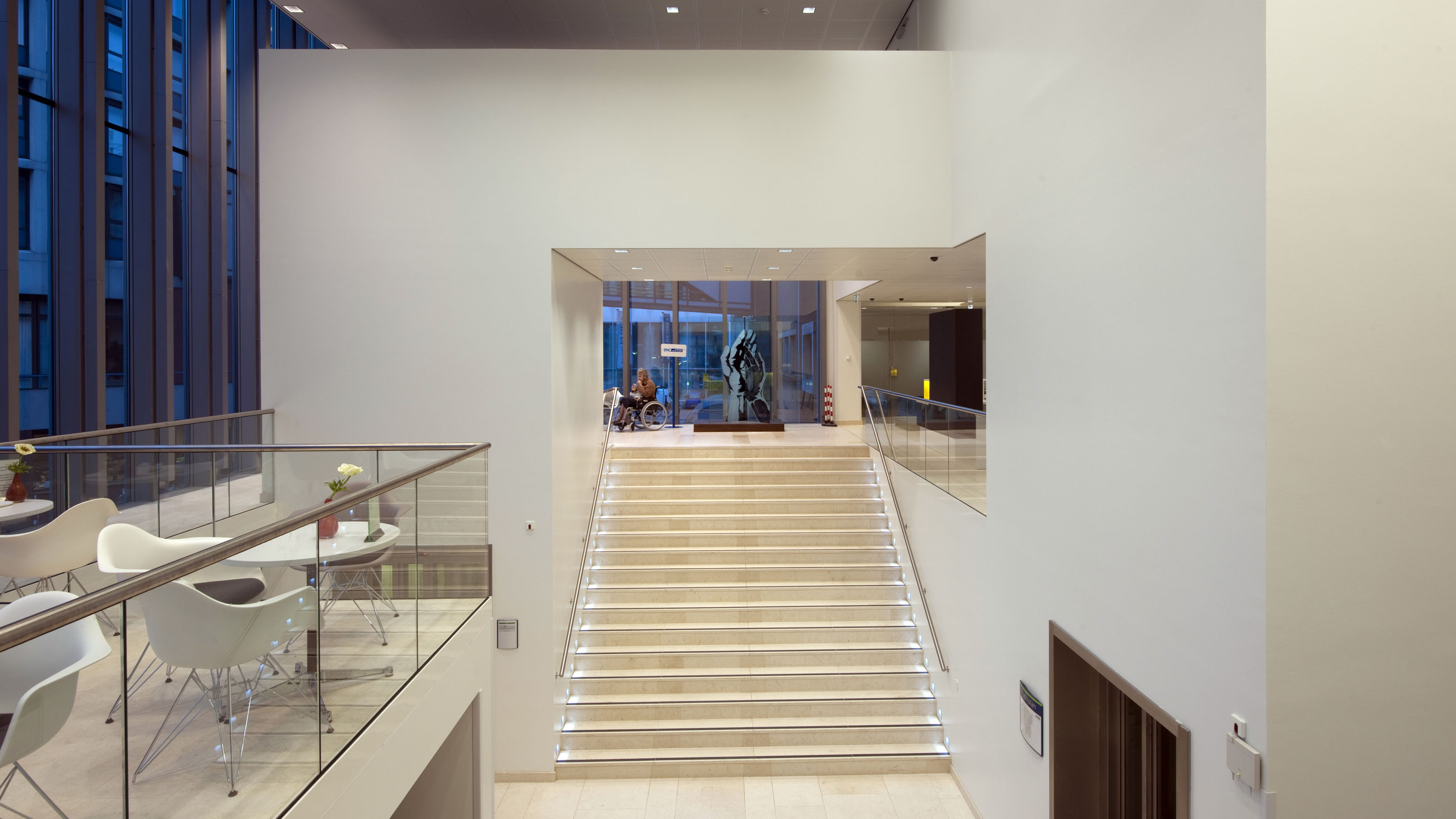 The relationship between EGM architecten and the Ikazia Hospital goes a long way back. The hospital, dating from the fifties, had to rebuild due to the changing demand and the shift from clinical to outpatient care. In addition, the increase in patients made the extension necessary. In the eighties, the hospital was renovated and expanded by Robert Willink, former partner of EGM architecten. And, in the nineties expansion was once again necessary. An extra wing was added to the existing wing and a bedding section was built perpendicular to the existing bedding facility, which sits adjacent to the vertical opening at the heart of the building. The additions remain consistent with the existing architectural façades, while offering modern solutions for today's care. A special wish in the programme, an auditorium-cum-chapel, was realised with a box-in-a-box construction, in order to keep out the noise of the city. Even in the years thereafter, small adjustments were made.

In 2004, EGM designed a new entrance hall and an Emergency Room. In 2008, a building was added containing a parking garage and the outpatient clinic. And, in 2009, EGM started a major reconstruction design for the entire hospital. A series of careful enhancements that strengthens Ikazia’s image as an expert, highly qualified, loving and involved hospital. A special commission for a special client.

A place with a recognizable and ...

Unique in the Netherlands: first ...