Designed in the Bossche School style, the administrative building is one of the oldest structures on the campus. EGM has restored the architecture and incorporated it into the transformation in contemporary fashion. The sombre, introvert nursing building from 1957 is now an open, comfortable and energy-efficient meeting place that brings together staff, visitors and relations. 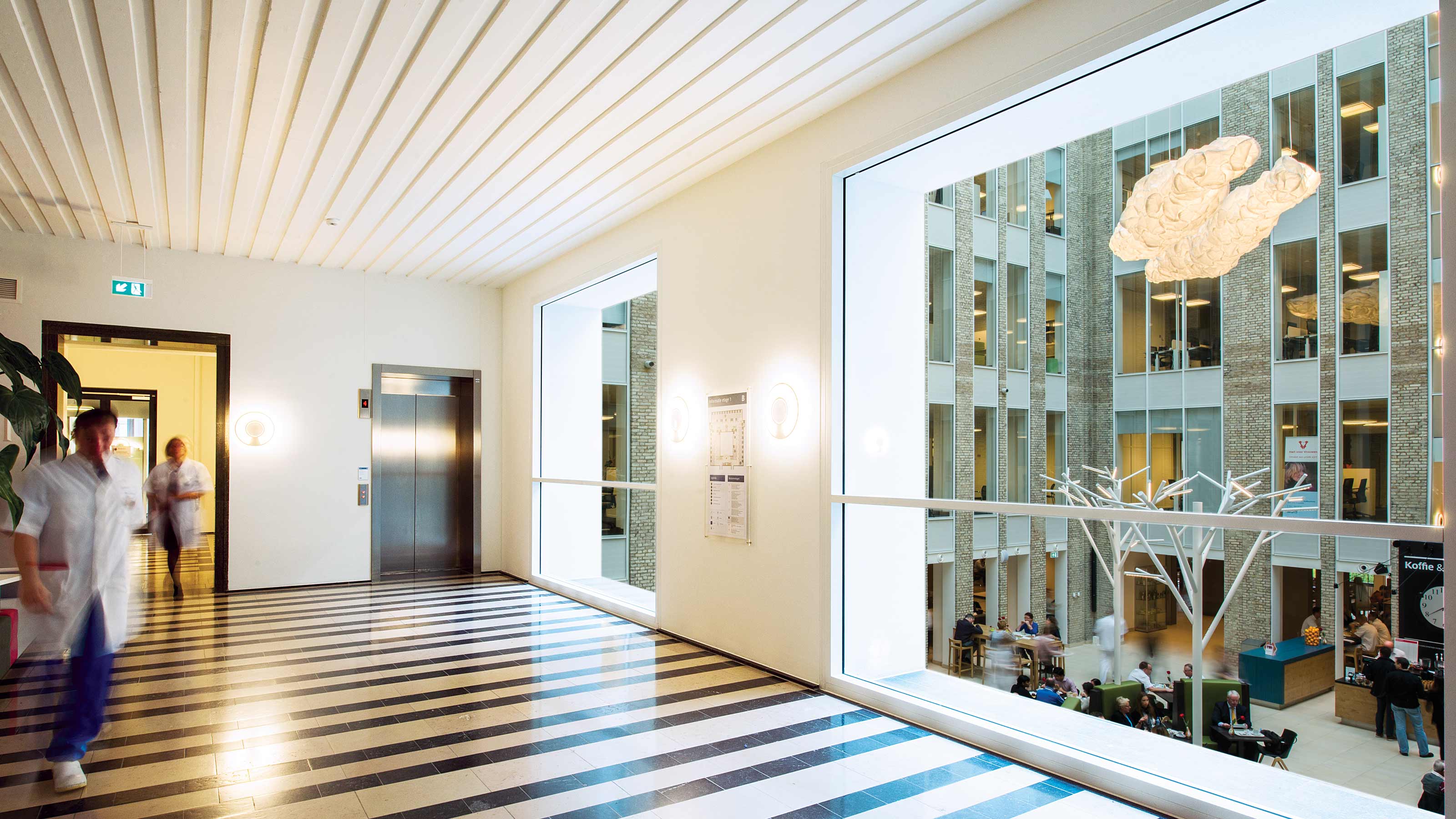 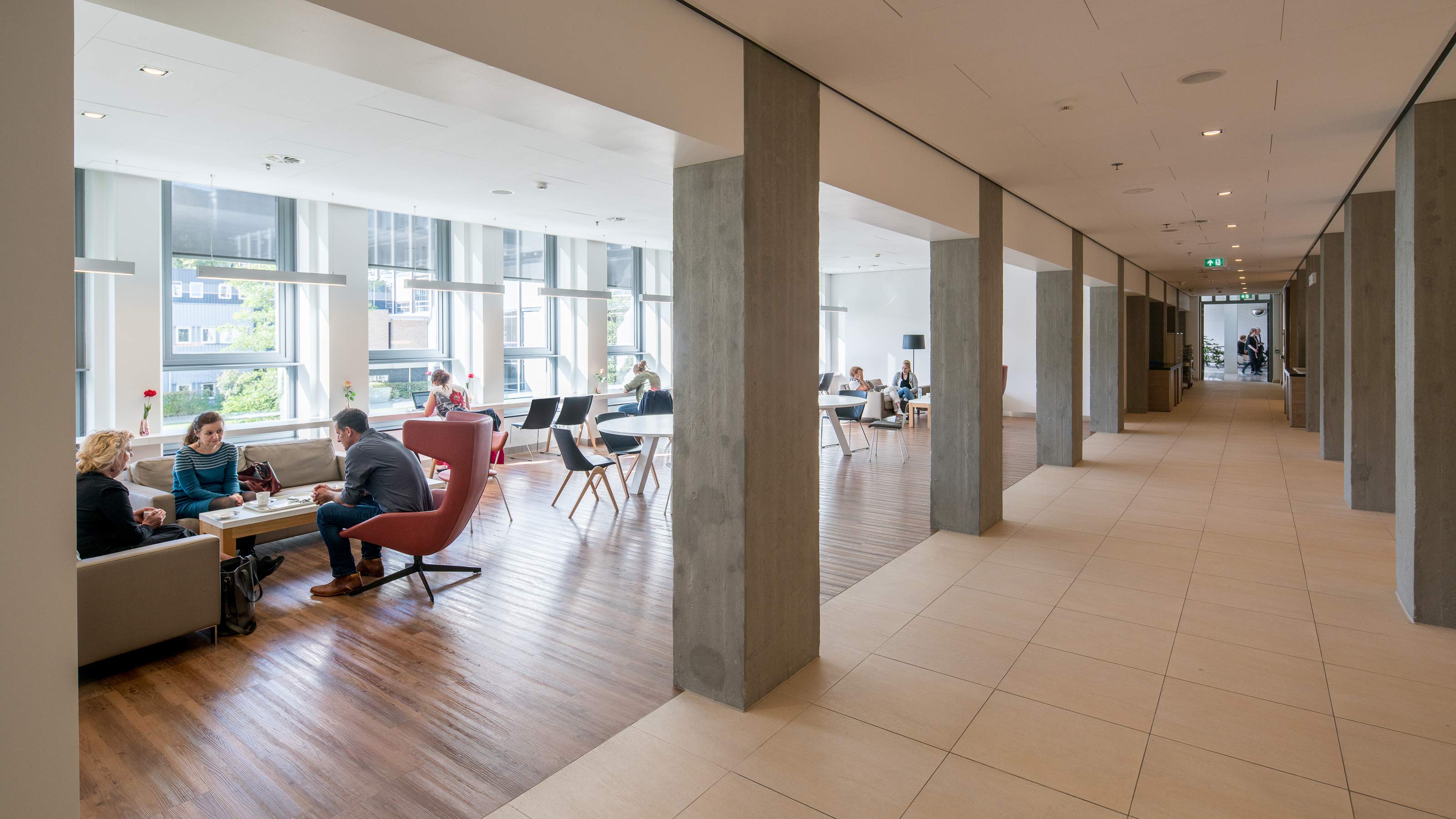 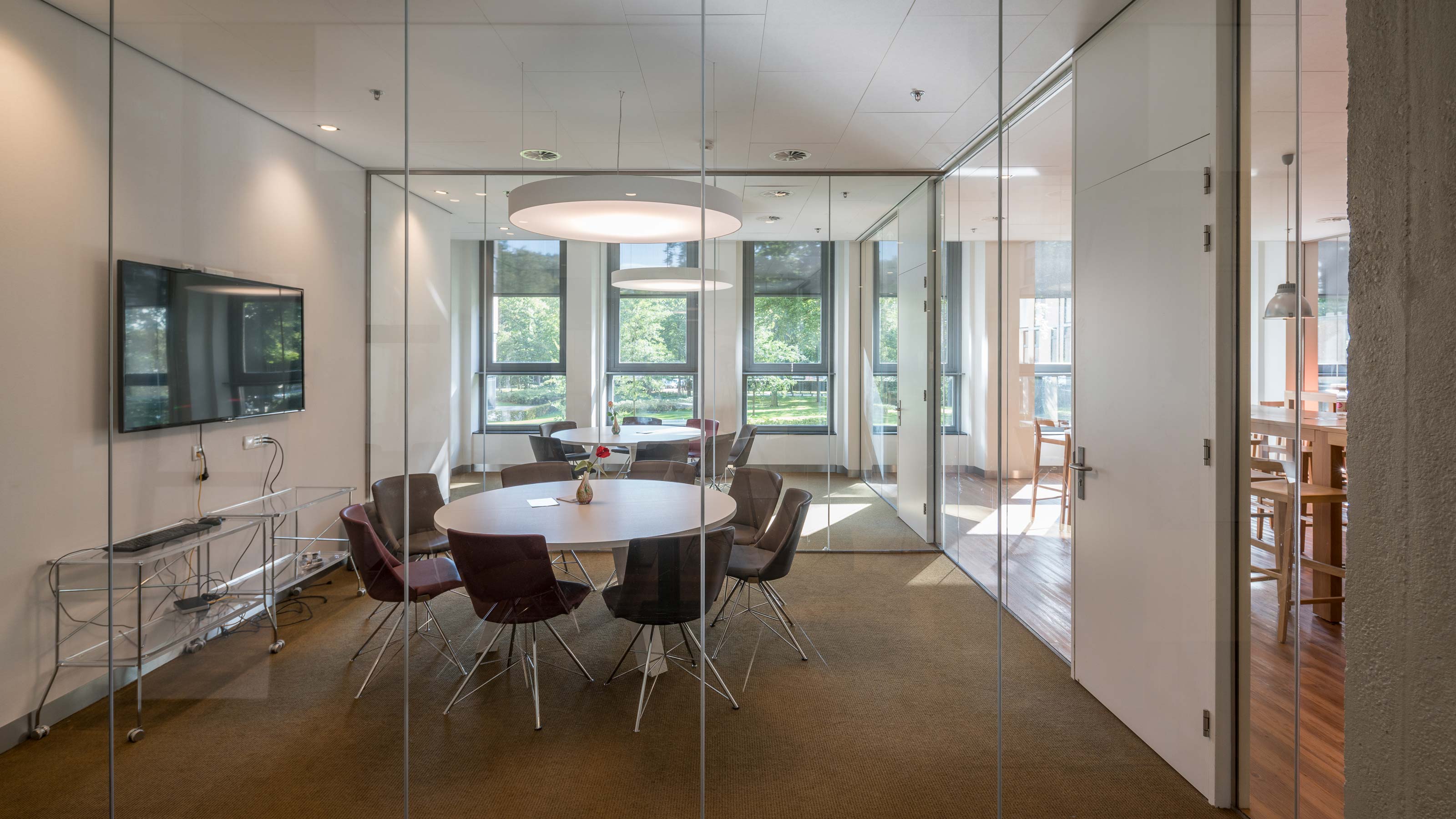 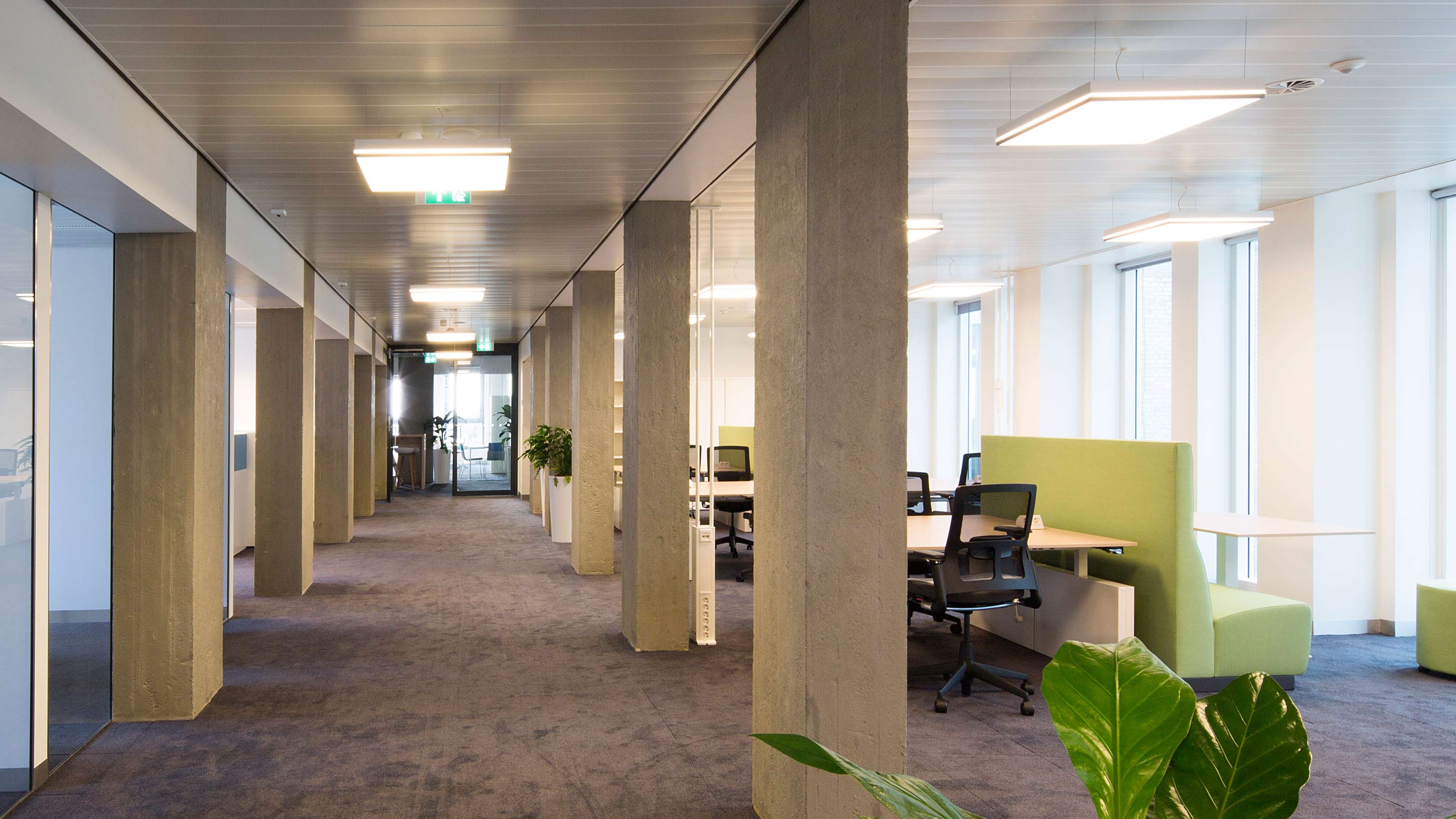 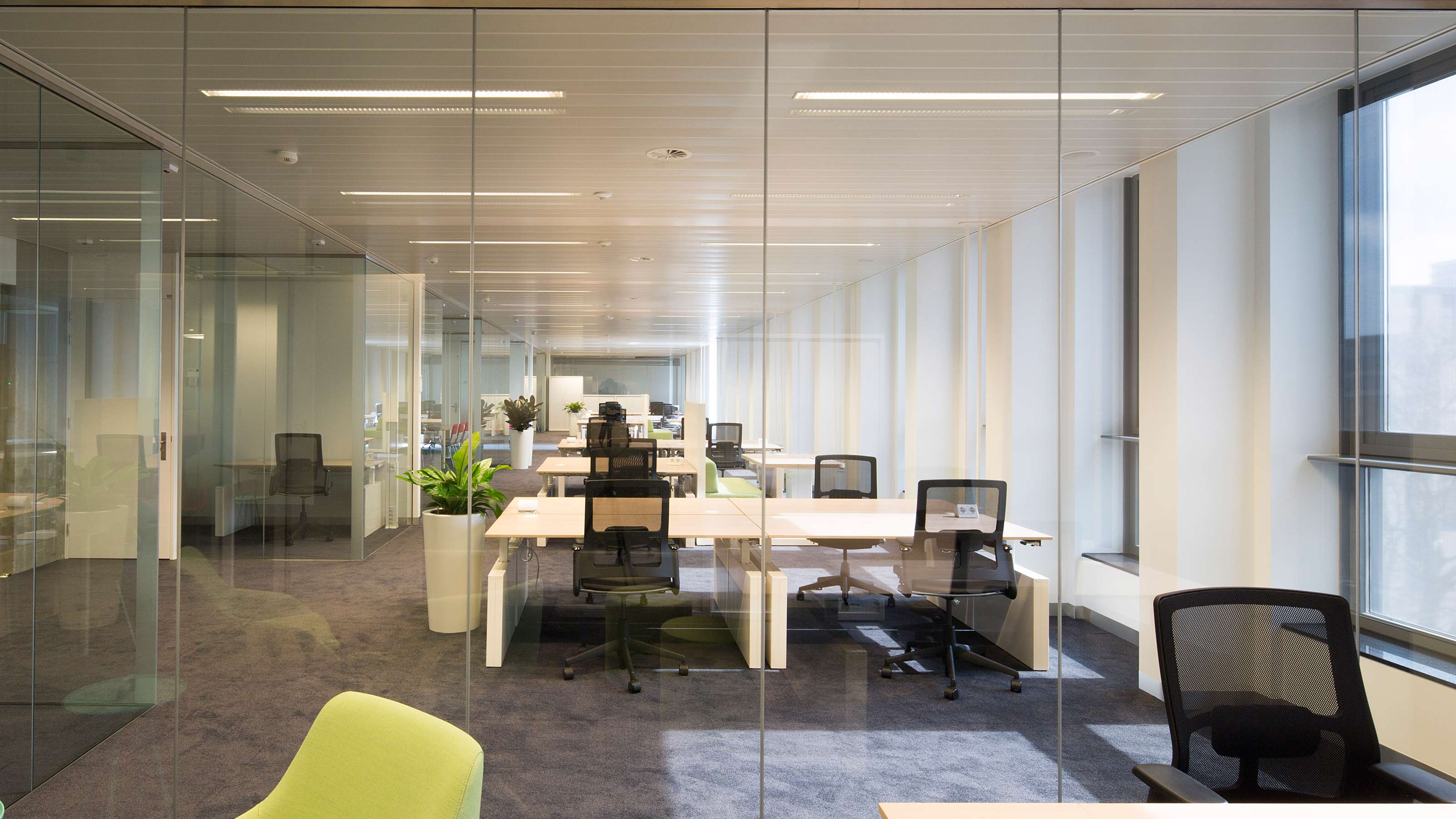 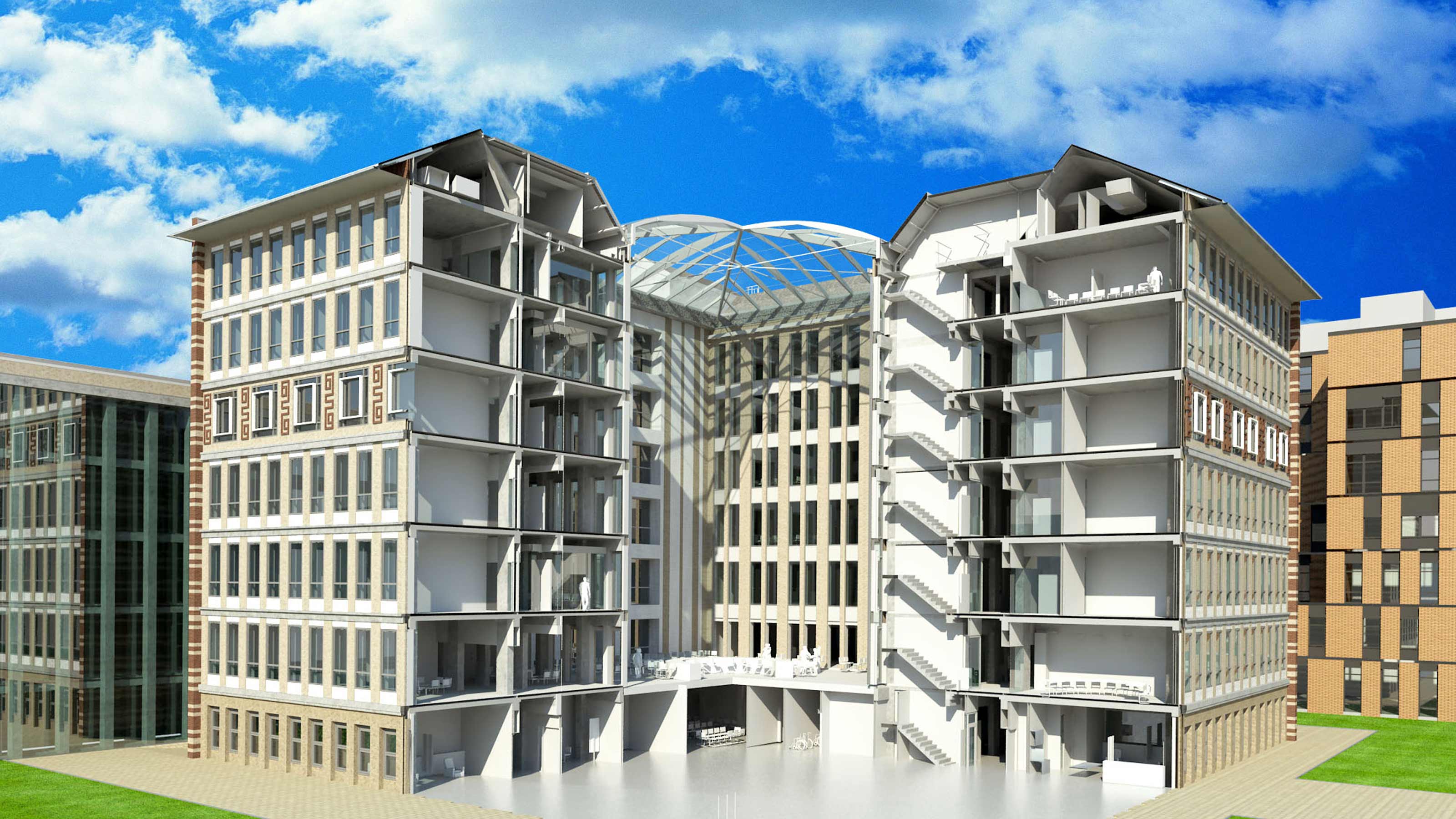 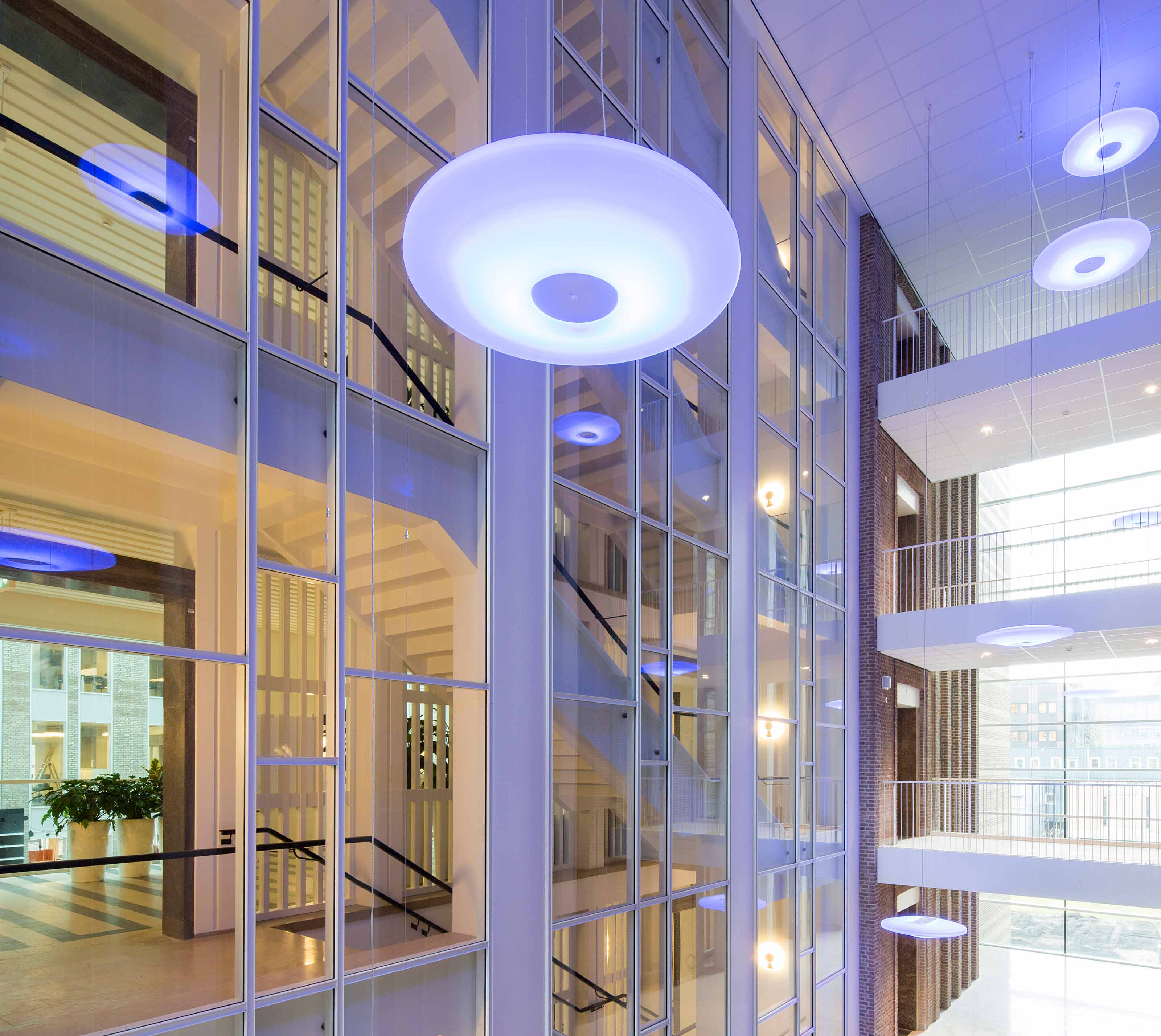 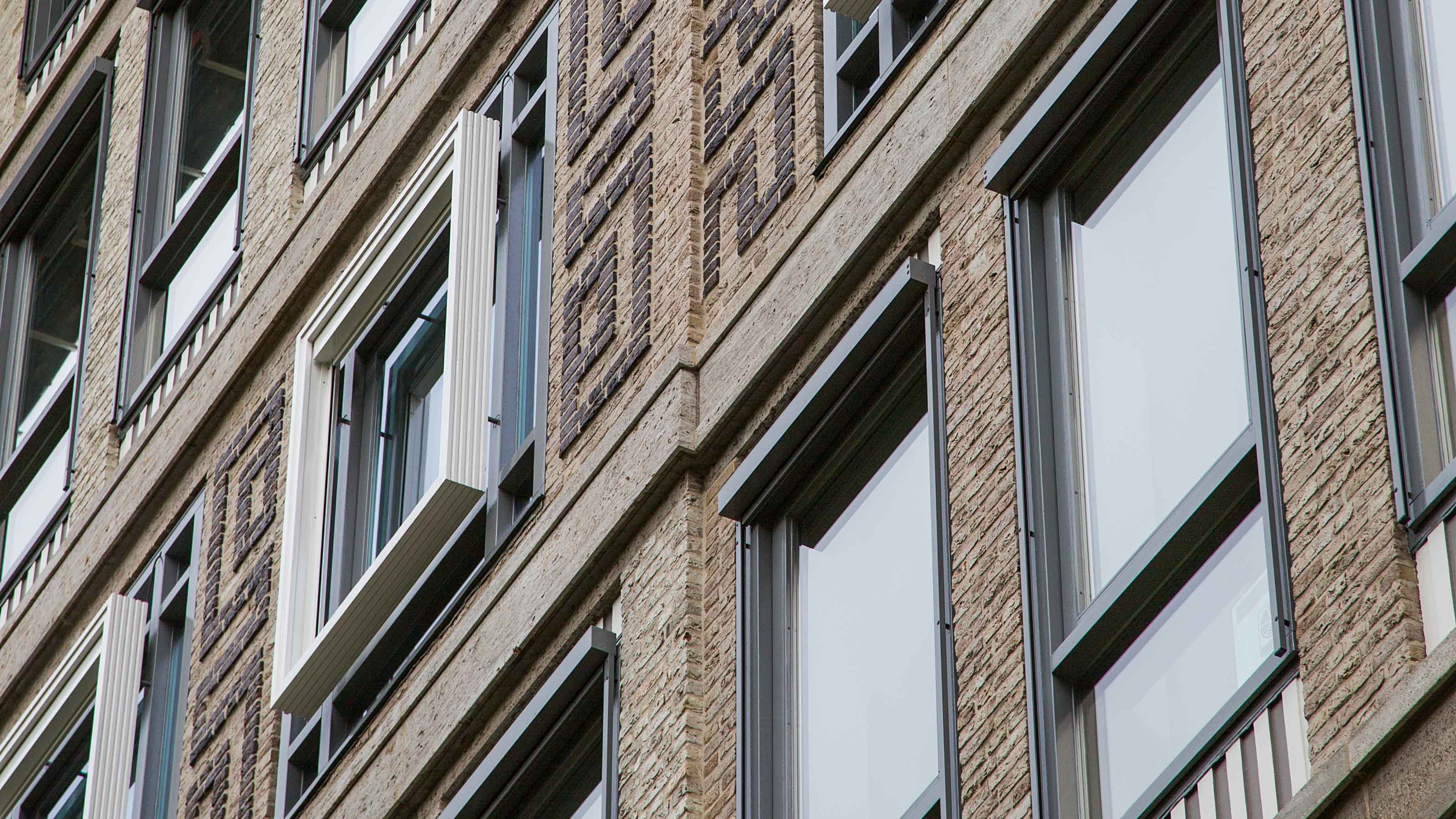 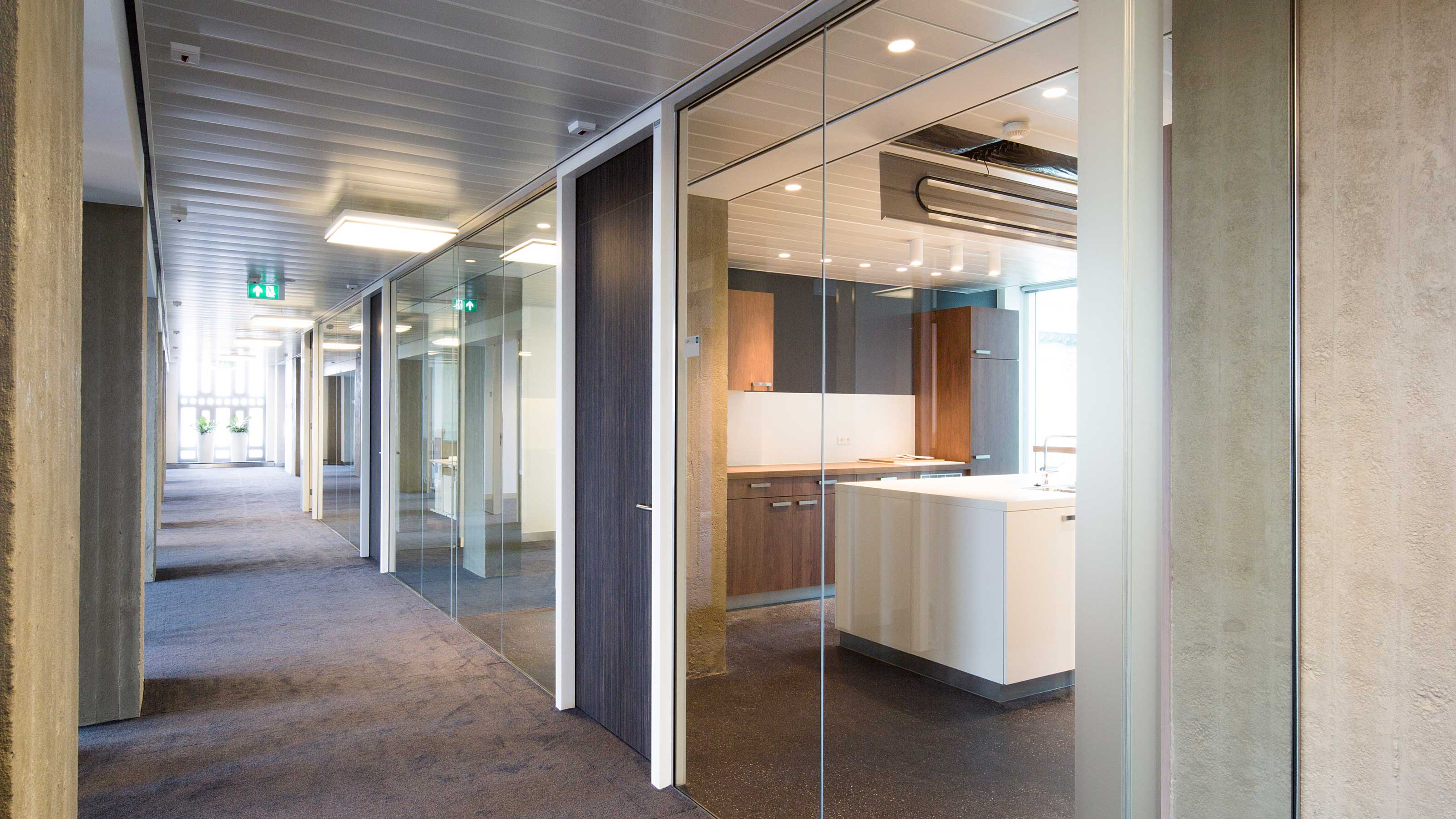 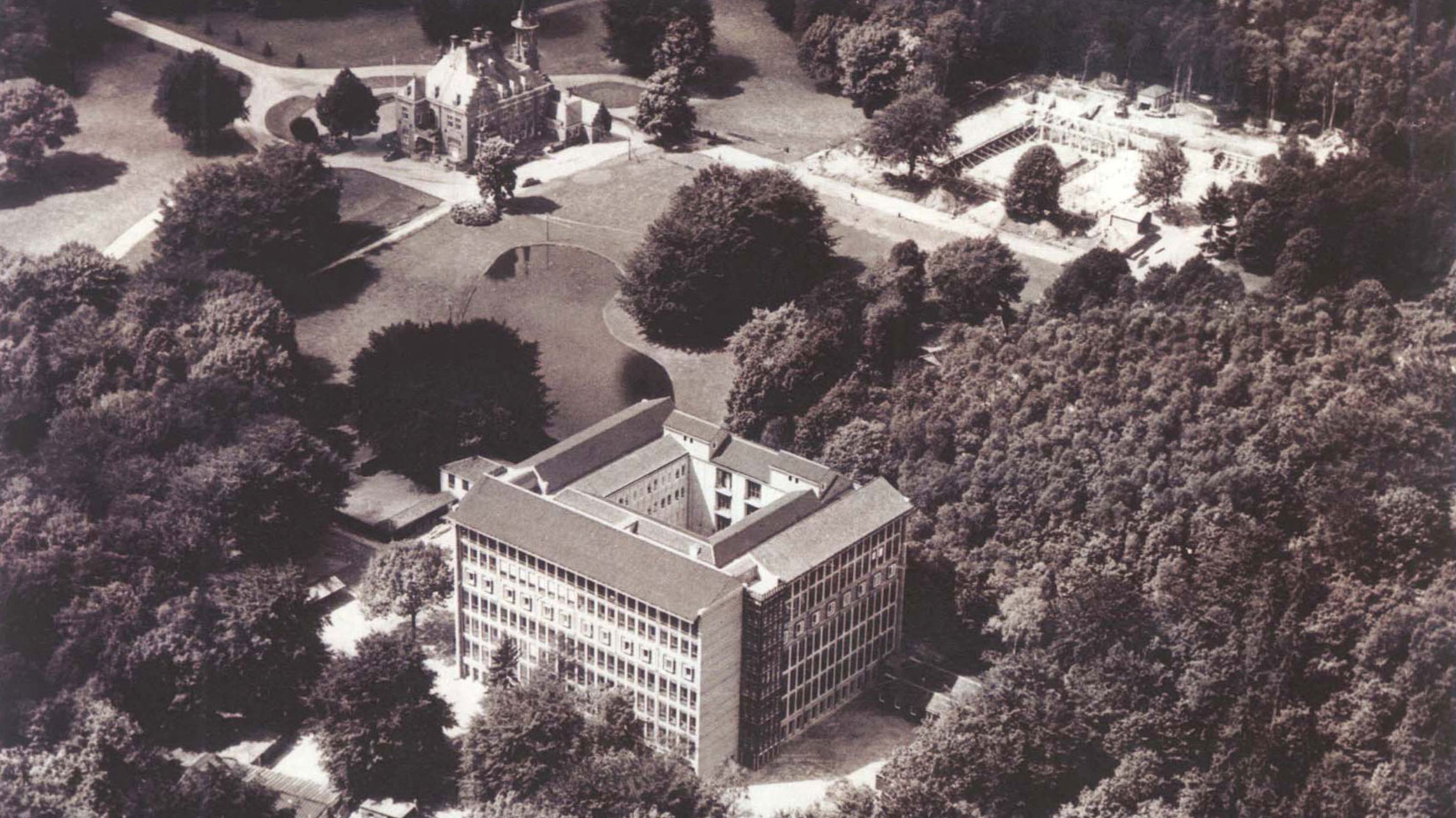 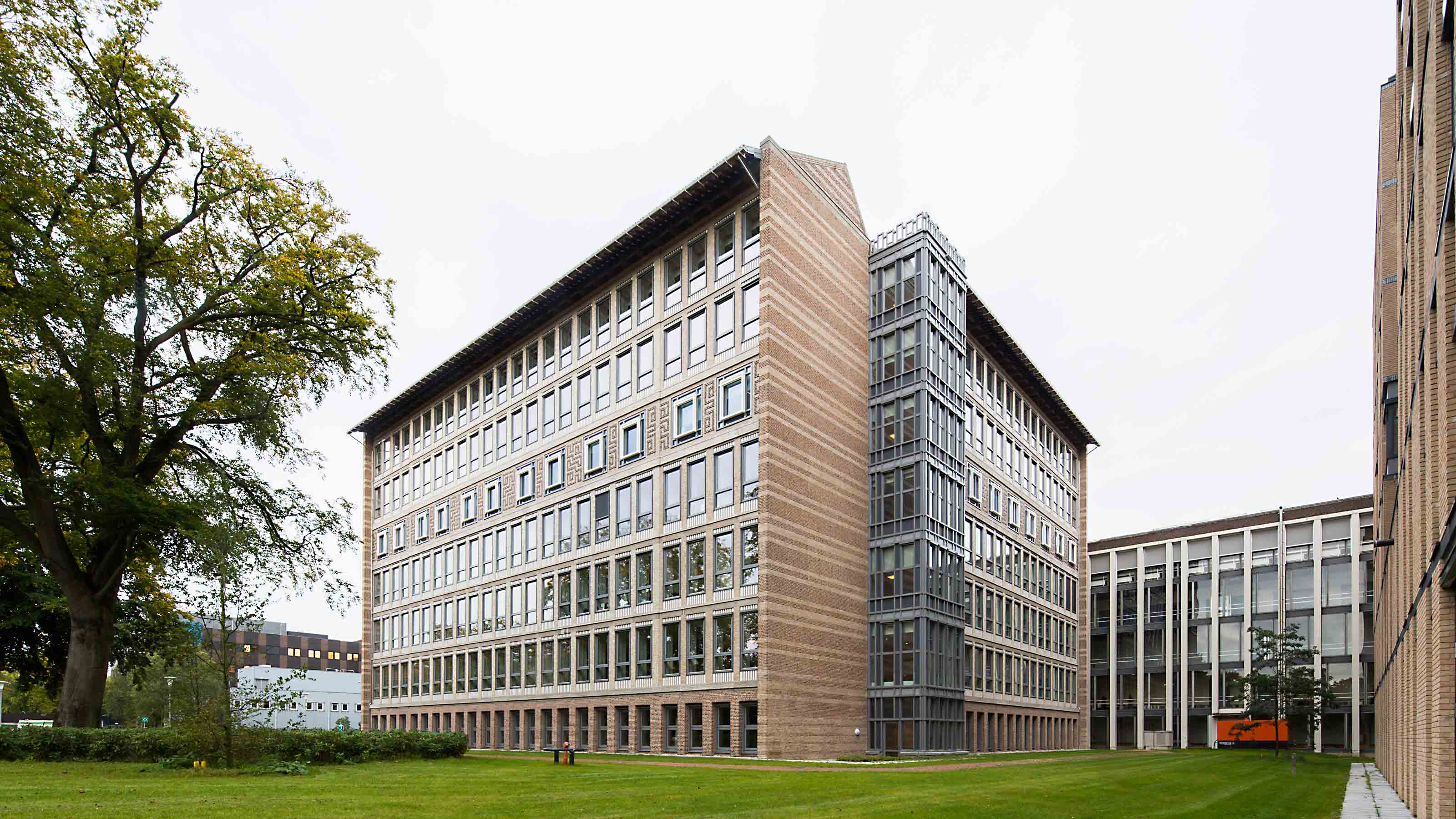 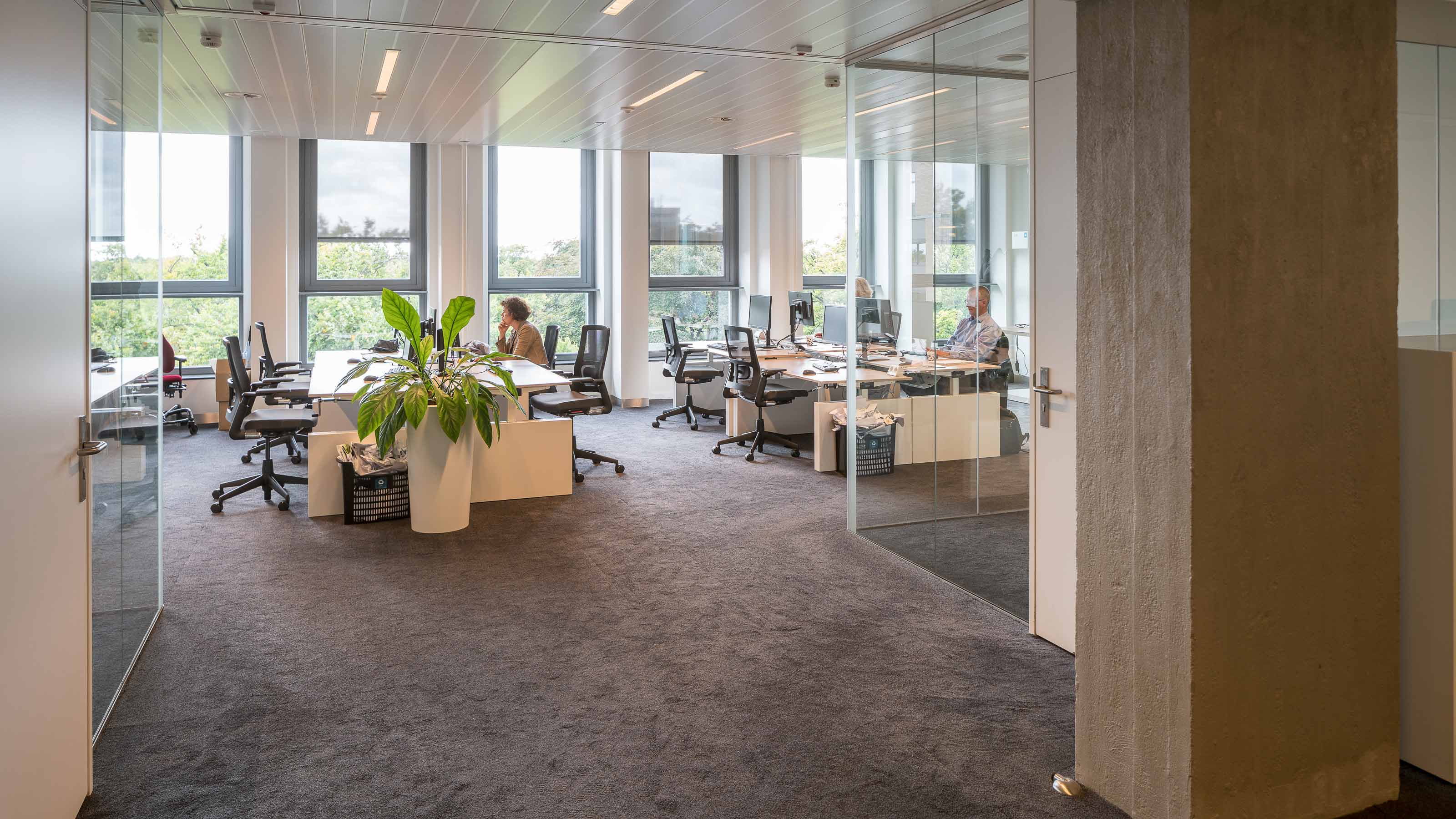 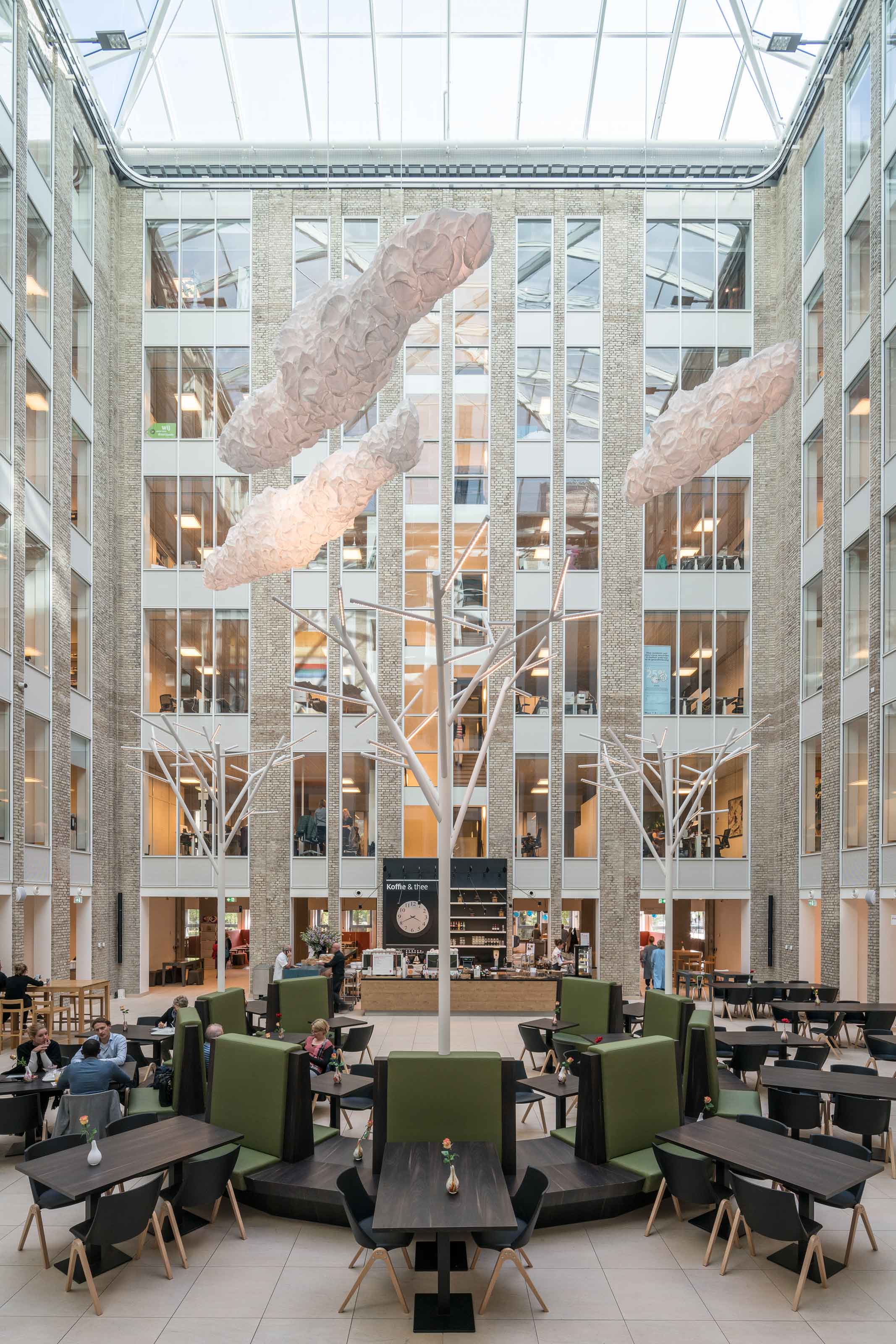 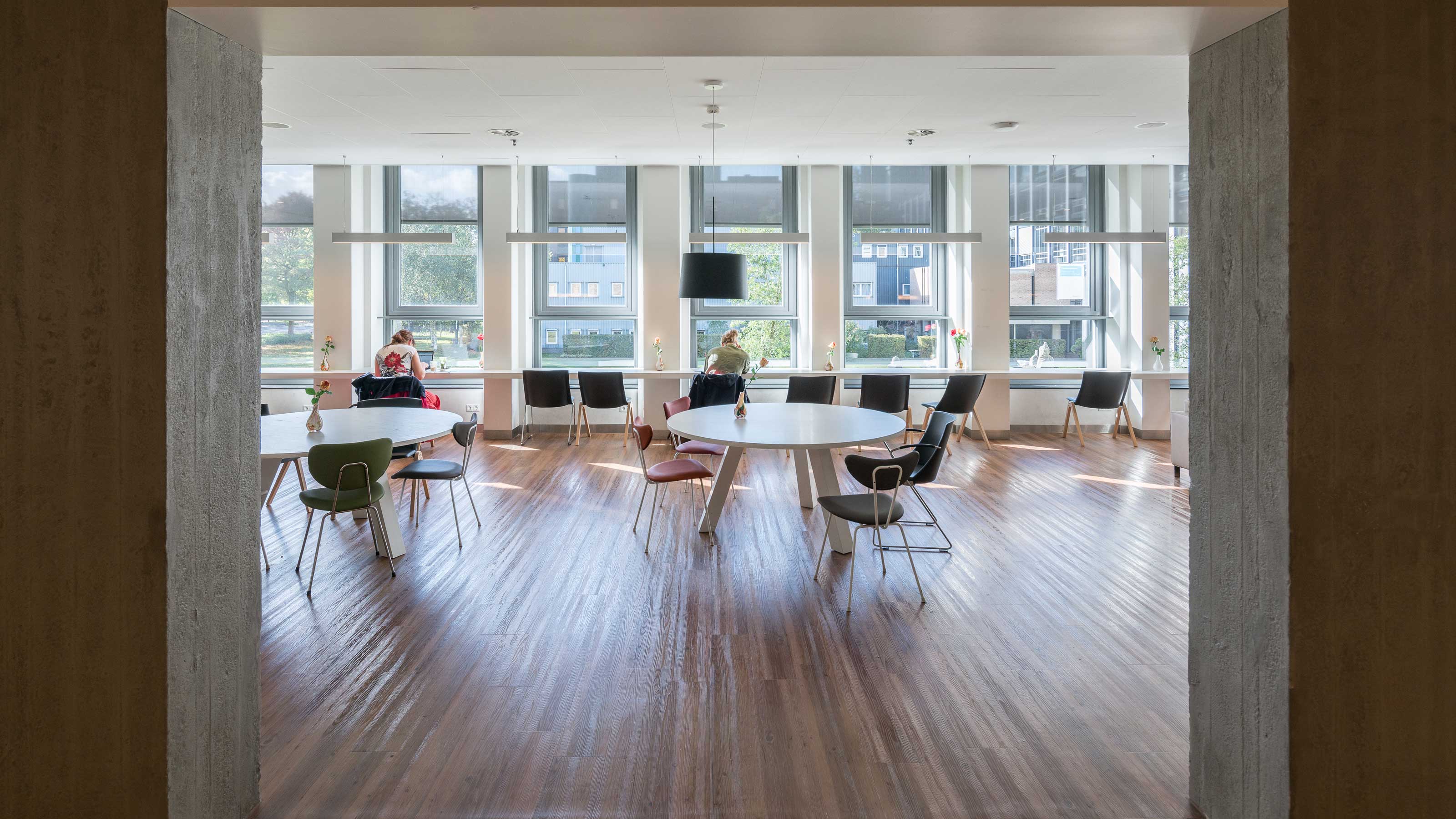 How do you transform a 1950s hospital building into a sustainable, comfortable setting with plenty of space for collaborating, socializing and connecting? EGM demolished the extensions added to the original, insulated the remaining facades, refurbished the interior with respect for the existing architecture, inserted a separate entrance for the dialysis centre, restored the staircase to its former glory, and covered the courtyard with a glazed roof. That created an open office space for the Board of Governors and the staff departments, and a light atrium containing an inviting restaurant as important meeting point. Since the opening, this social hub has exceeded all expectations.

The seven-floor building from the 1950s was slated for demolition. But a committee of experts – which included EGM – assessed its cultural, architectural and historical value and recommended that this remarkable building be preserved. The design by architect Pieter Dijkema, supervised by his colleague Jan van der Laan, is an early and fine example of the Bossche School architecture style. As a result of this recommendation, the building became a designated municipal monument in 2010.

The existing building has been three-dimensionally surveyed using the innovative point cloud modelling technique. That resulted in a 3D model, which has been elaborated into an extremely detailed BIM model. The model provided information about the existing structure and the possibilities of transforming it.

One of the biggest architectural interventions involved adding a glazed roof that turned the gloomy courtyard into an indoor space. The ground-floor atrium now forms the heart of the building’s restaurant. This bright and open space invites people to linger. Patients, staff, researchers and students can meet here by appointment or just informally. Radboudumc frequently organizes lectures, symposiums and other gatherings in the multifunctional spaces that can be closed off.

From introvert building to open and friendly office

EGM removed all additions and extensions, thereby restoring the building to its original design. Opening up the walls along the corridors created large spaces on every floor and revealed the original, rhythmical column structure, which eventually formed the basis for the new design. The offices on the upper floors were fitted with glazed walls, and the existing small facade windows to the atrium were enlarged. That created air, light and views. The ideal setting for the Radboudumc way of working, which stimulates encounters and knowledge exchange.

The dialysis centre occupies an independent area on the southern side of the building, overlooking the park. Thanks to its new entrance, the patients – who return almost daily – can receive treatment in a separate, small-scale healing environment. Although the dialysis centre operates fairly independently, the complex is linked to the rest of the academic centre in terms of logistics.

Energy label from F to A

Roofing over the courtyard has turned almost half of the facades into interior walls. This significantly reduces the building’s energy consumption. Adding insulation to the inner surface of the exterior brick walls and installing a modern climate installation in the enlarged roof structure have substantially boosting the building’s sustainability rating, with its energy label improving from F to A. As the new social heart of Radboudumc, this enduring building is ready for another fifty years of service.