The new building block is spacious, thus providing space for a beautiful city garden between the hospital and the care centre, ensuring peace and relaxation. A building structure that is universal, flexible and efficient and thereby ensuring a future-proof hospital. 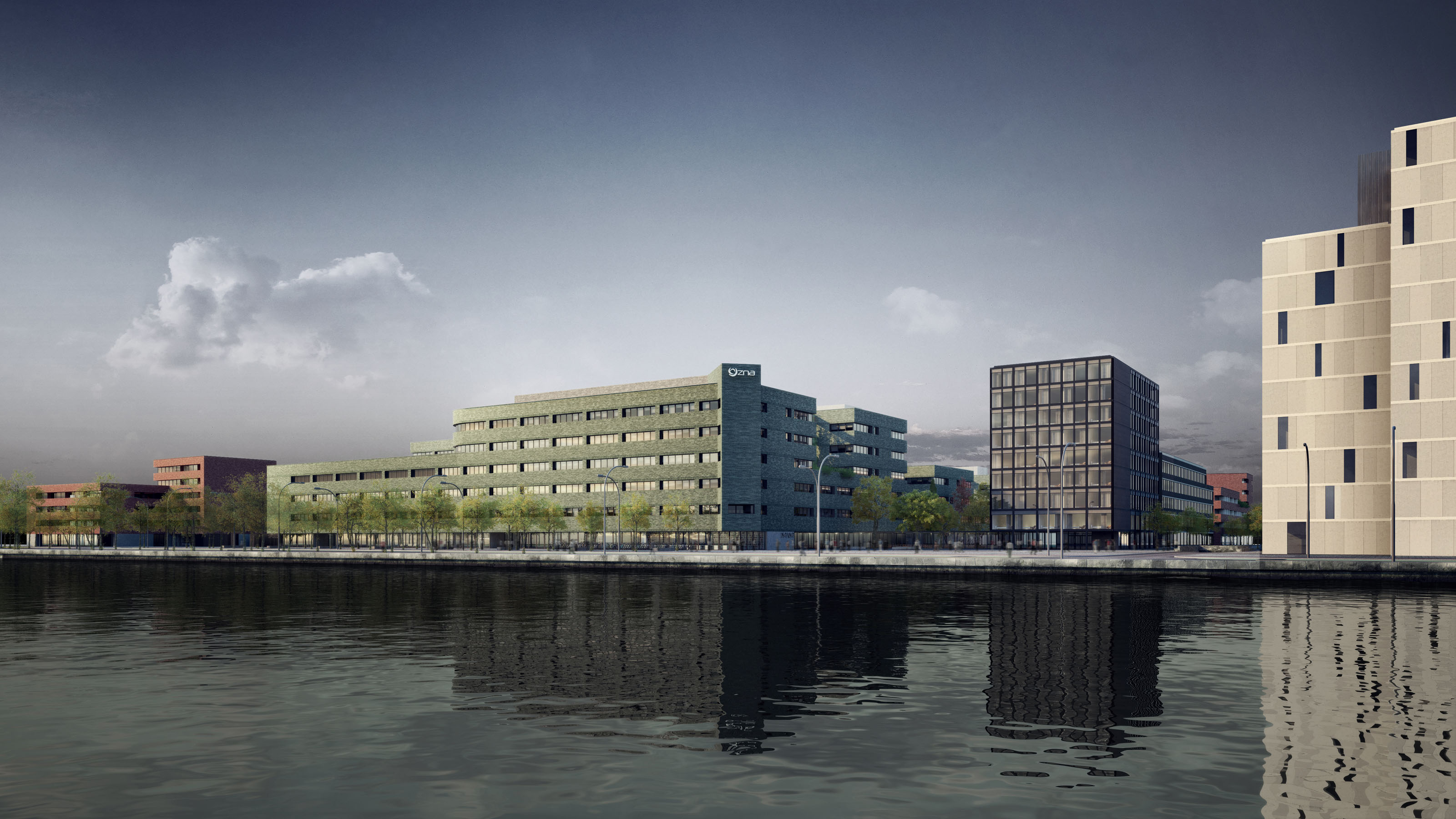 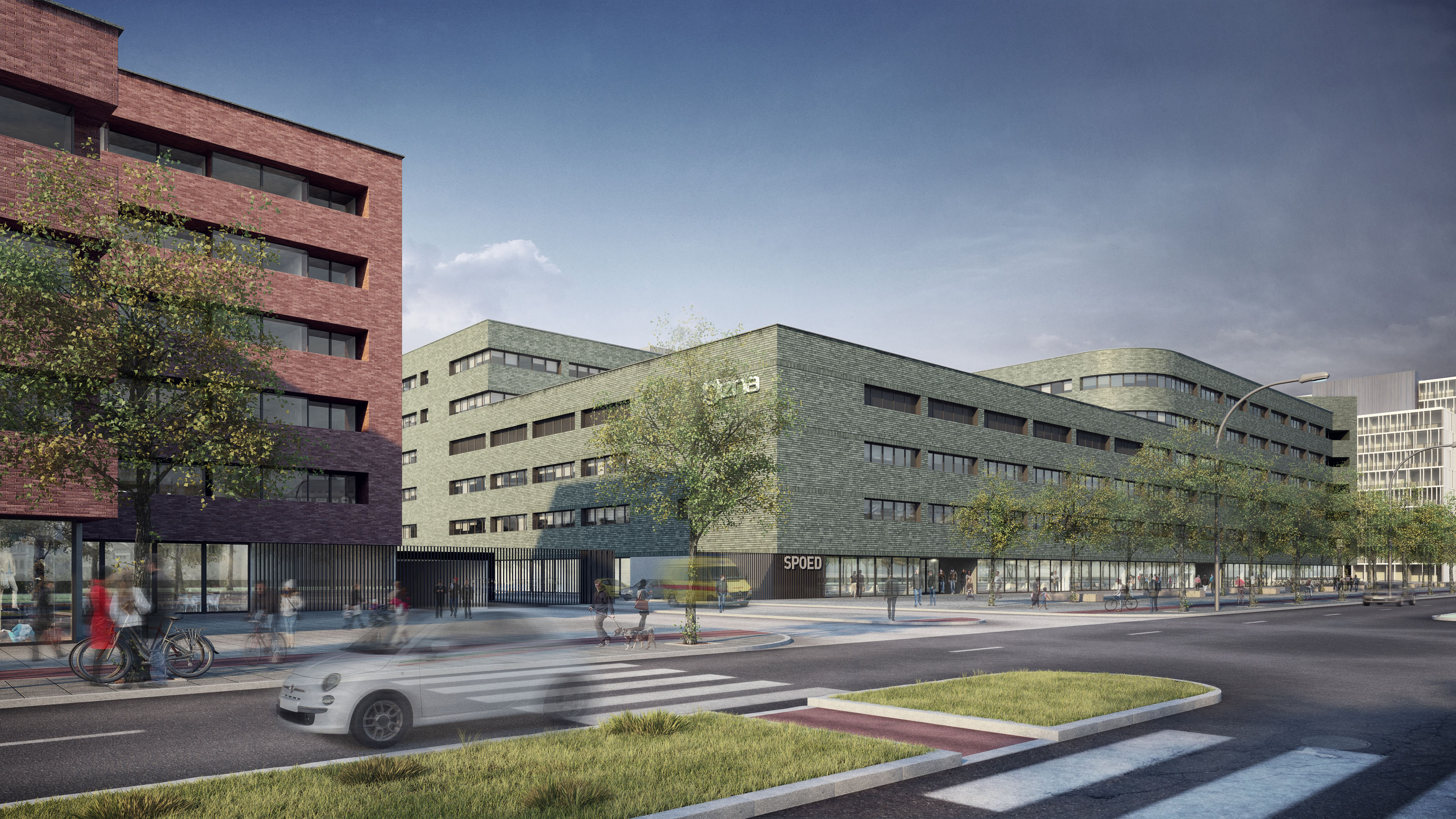 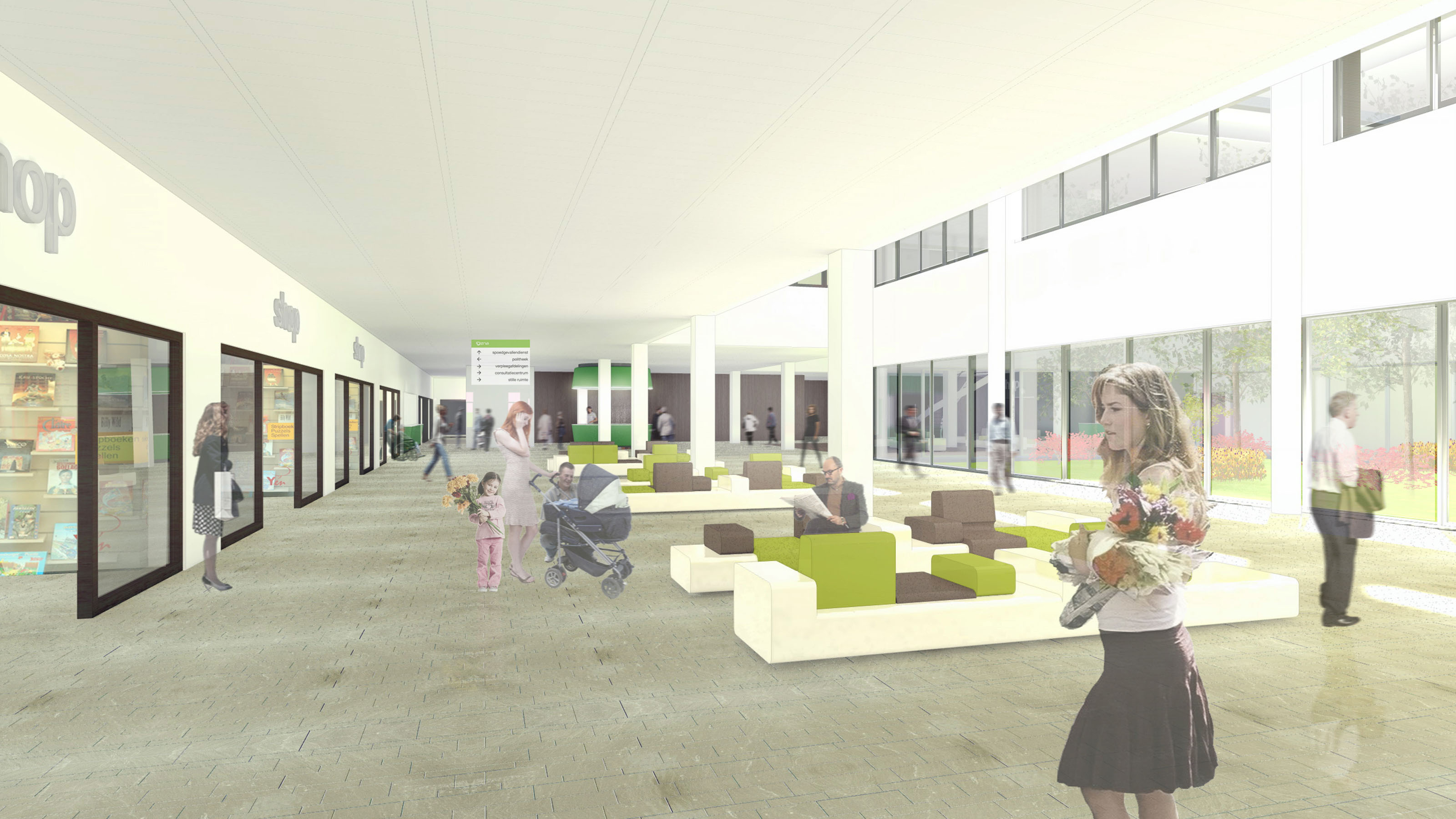 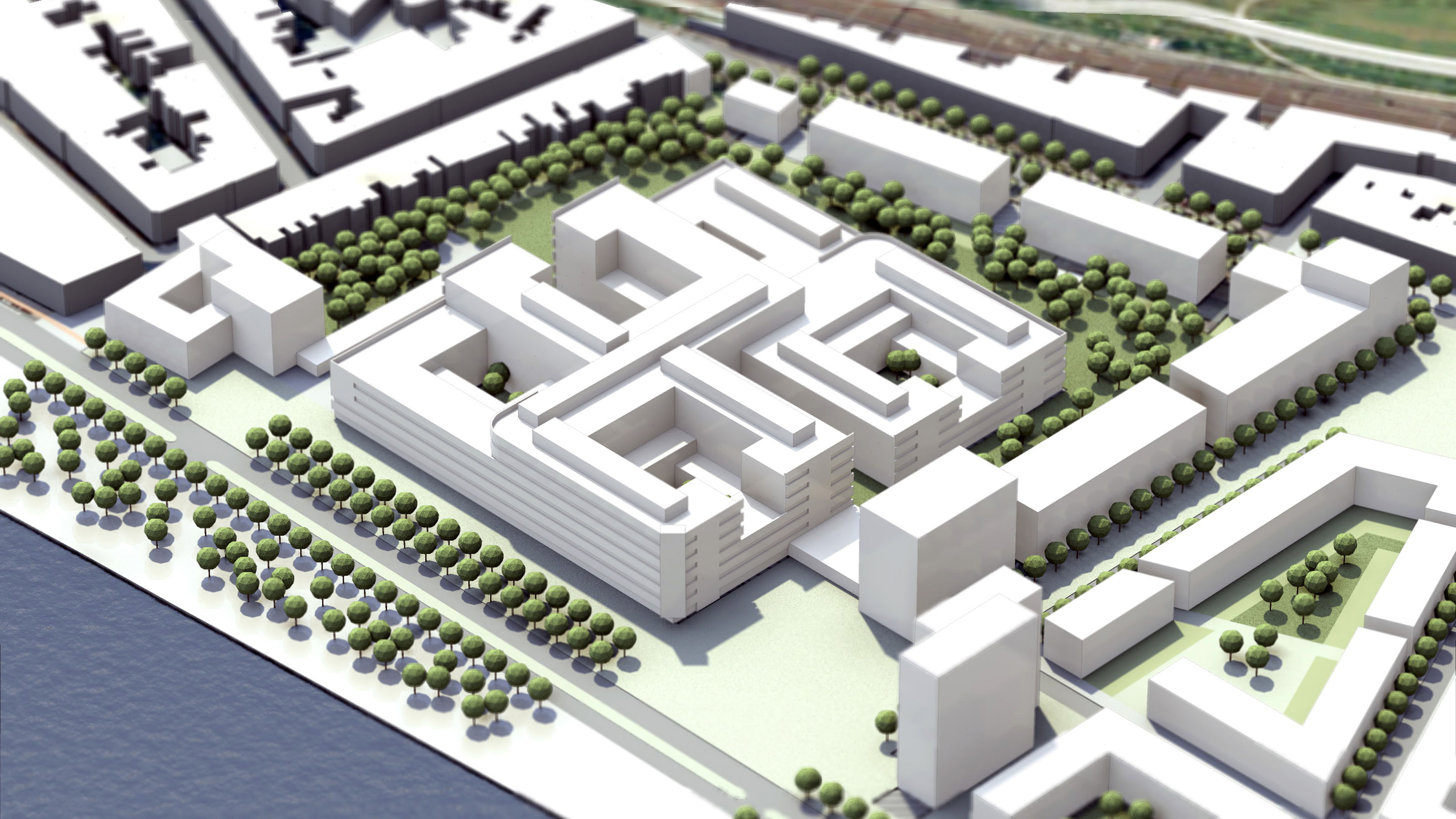 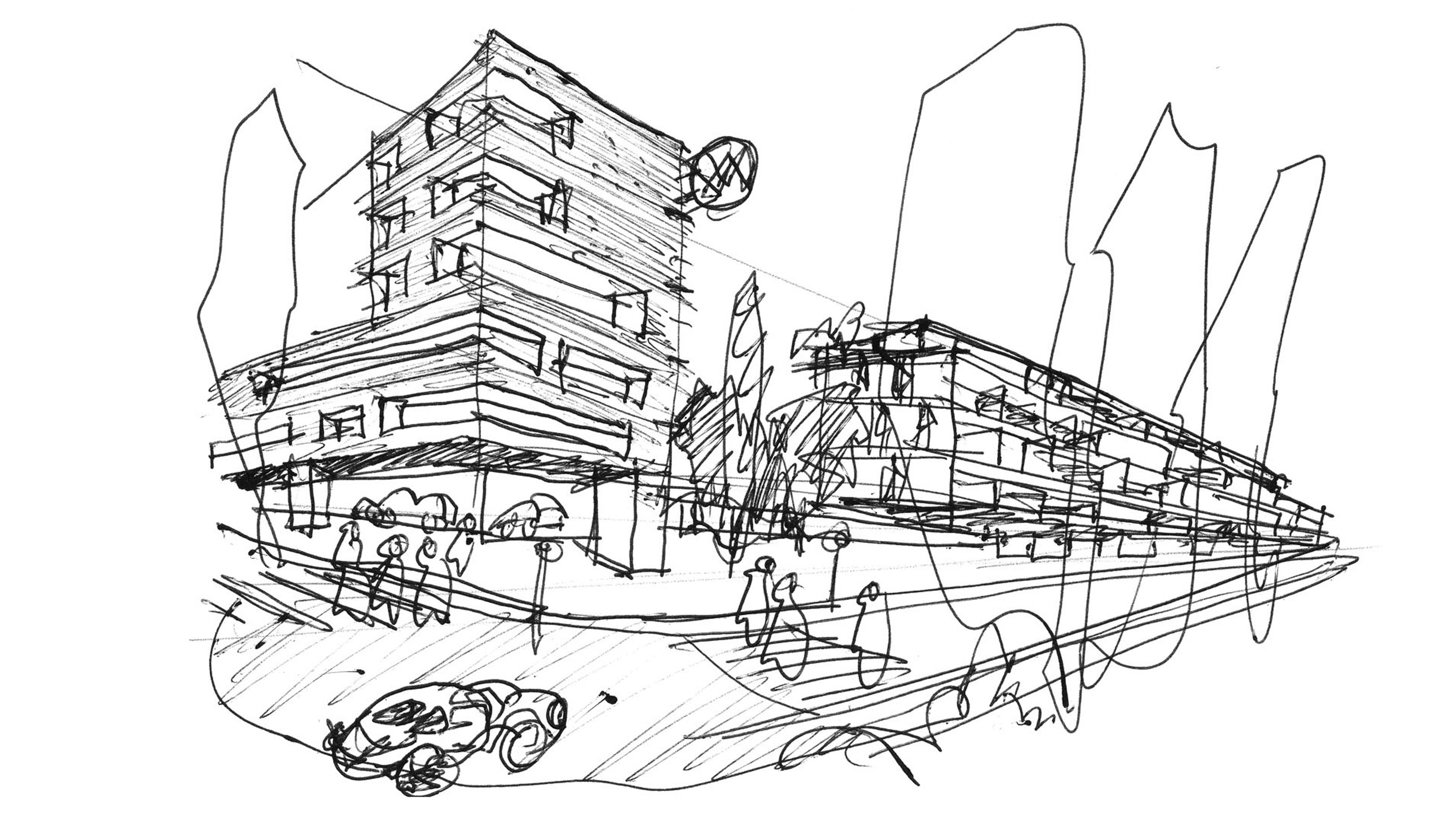 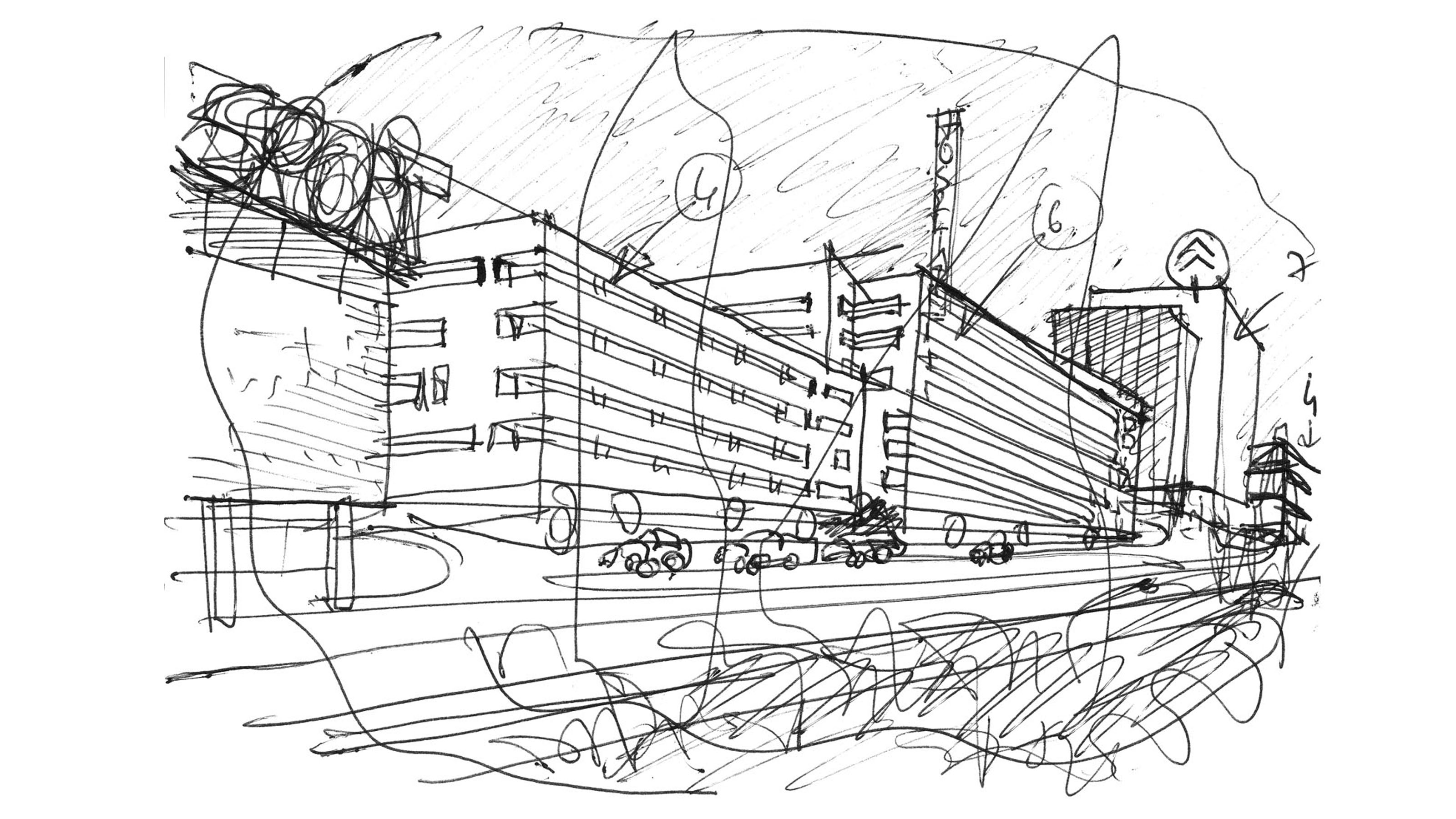 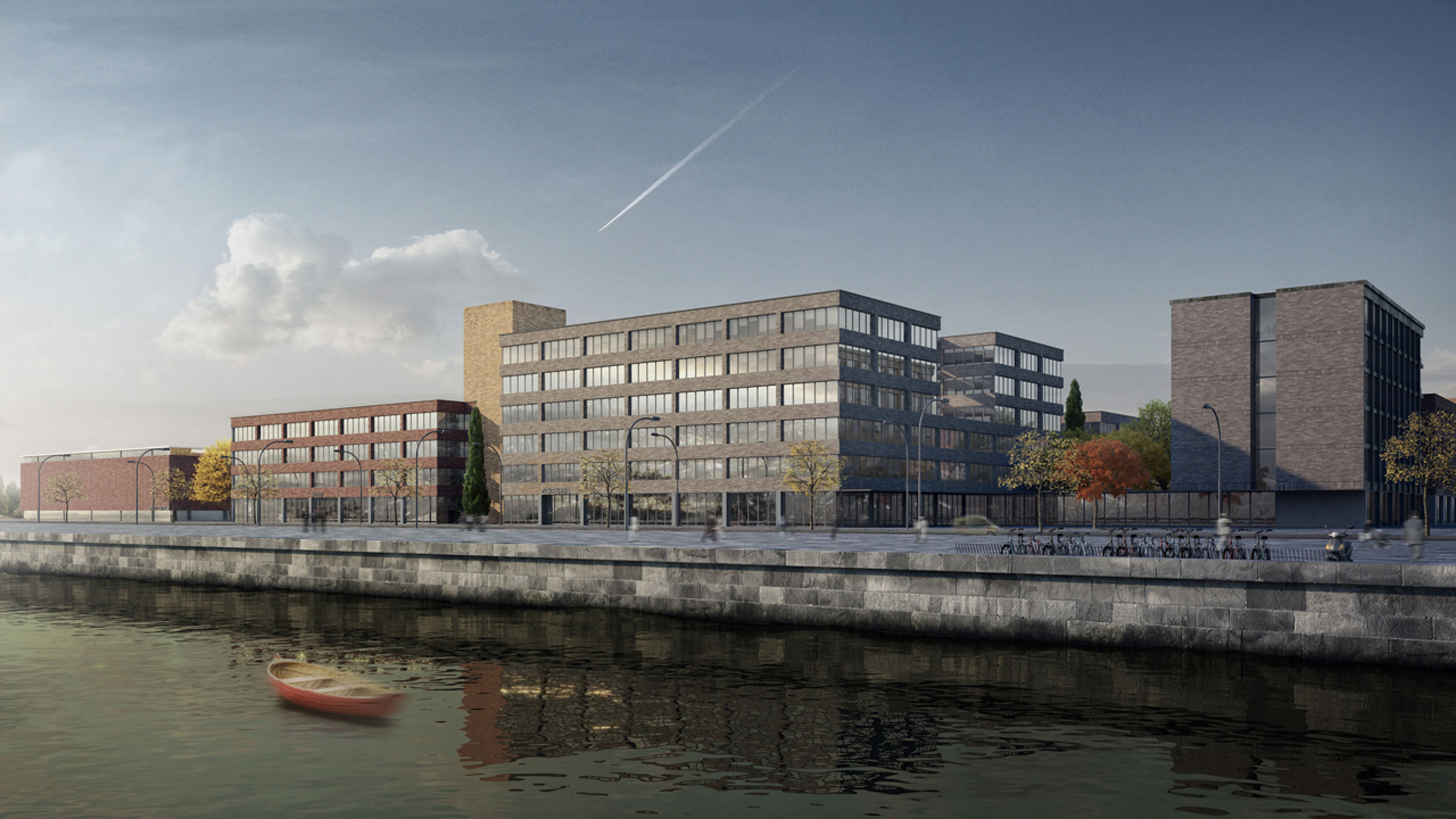 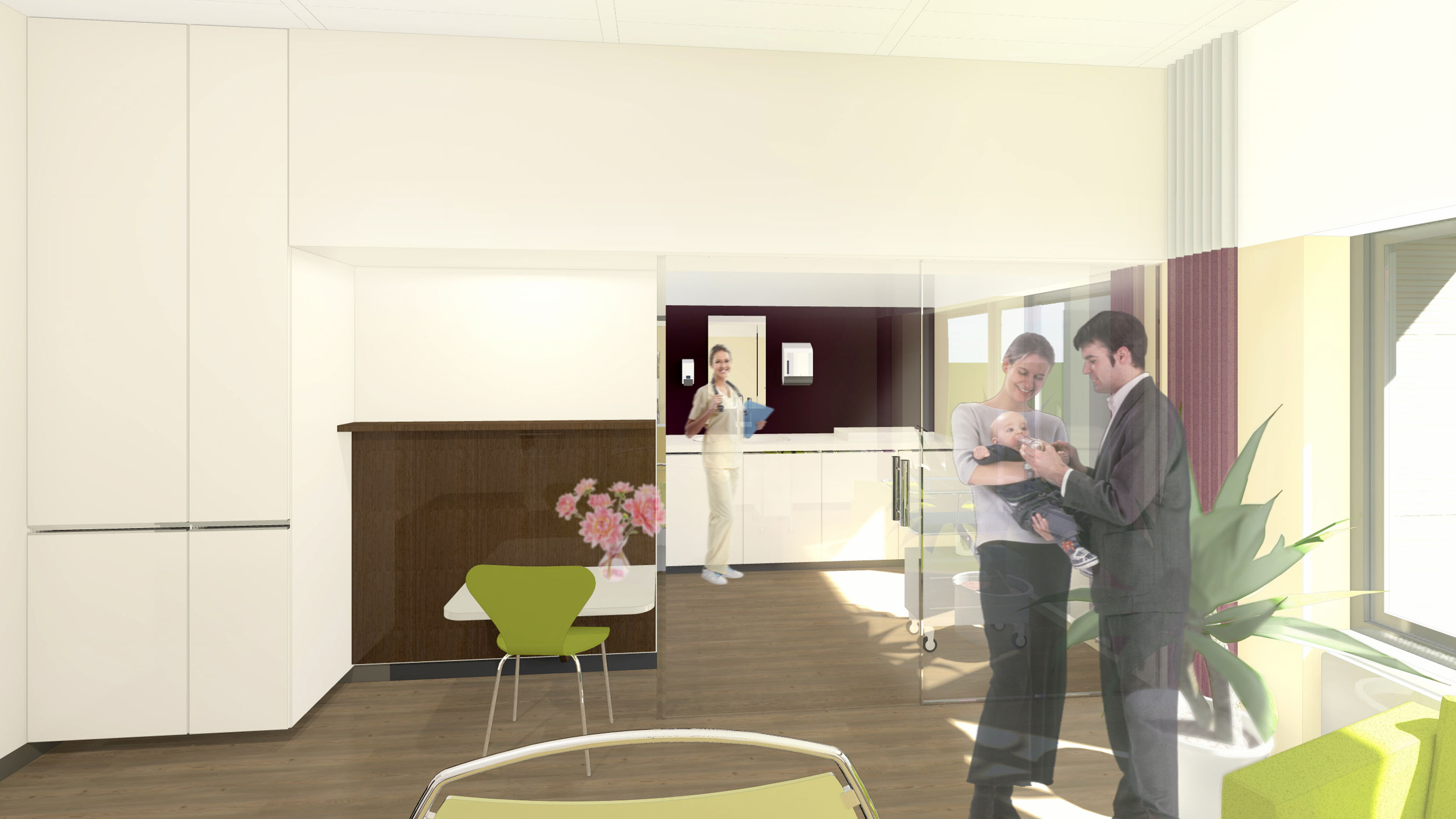 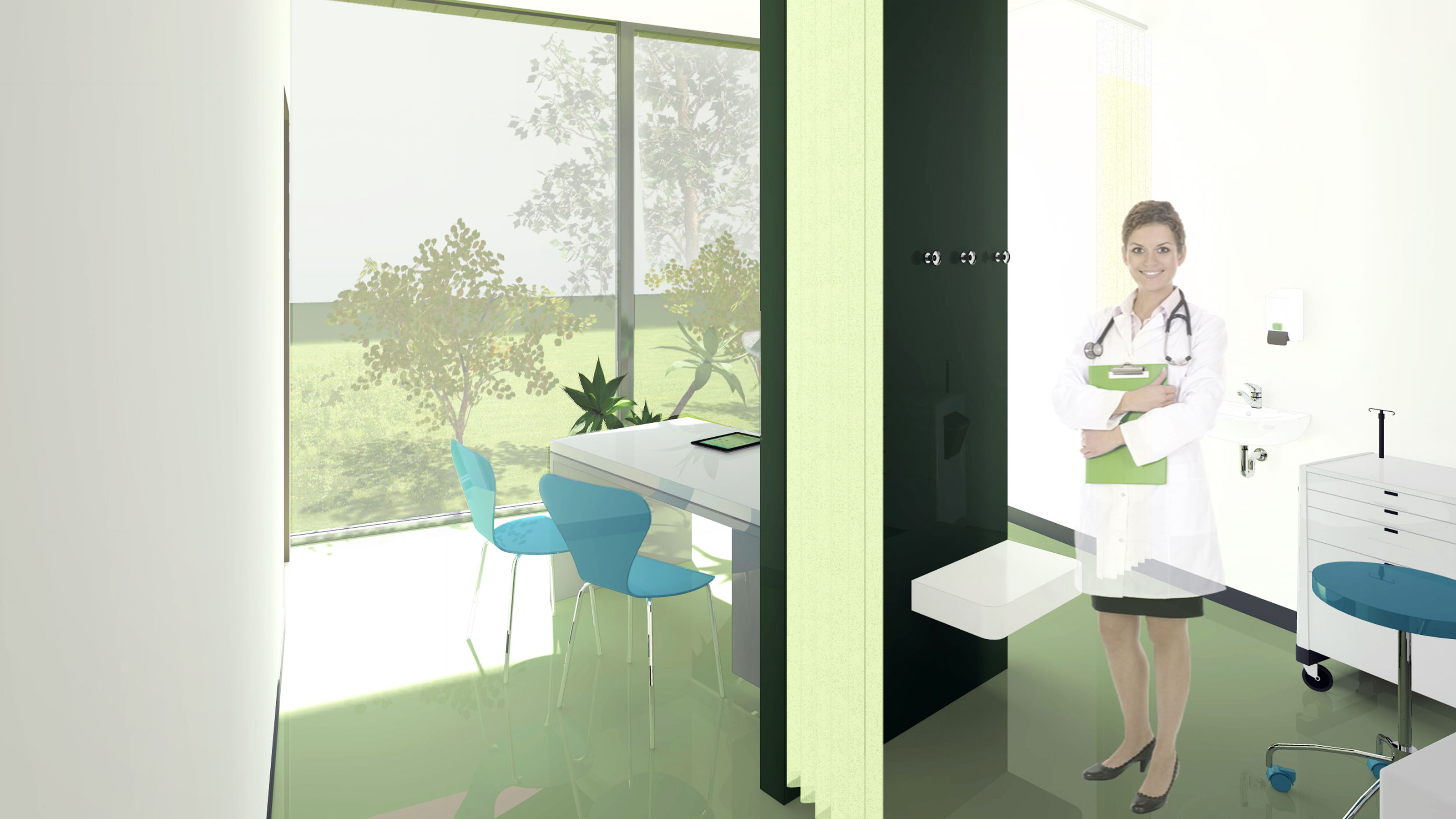 Het Loo van Broek in Antwerp, originally an estate in the polder, was incorporated into the city’s fortifications in the nineteenth century. Lobroek was later created when the railway, the Lobroek dock and the Antwerp ring road were constructed. With the closure of the abattoirs, a lot of space will become available for redevelopment. This is a unique opportunity to strengthen the city from within by building housing in combination with a cluster of care facilities. They are linked by a series of public spaces that connect Park Spoor Noord with the Lobroek dock. The new hospital and care centre, together with the existing development, form a new building block that responds to the surroundings in various ways.

The hospital looks majestic from the Lobroek dock, but it blends seamlessly with the care centre into the scale of the neighbourhood. The new building block is generously designed to create space between the hospital and care centre for a pleasant city garden for rest and relaxation. The hospital consists of four quadrants with enclosed gardens that are connected by a central axis to three logistics blocks. This arrangement forms the core of a building design that is universal, flexible and efficient, and safeguards the long-term future of the hospital.

A clear layout, augmented by logistical and technical infrastructure, forms the basis of the building. The key logistical element is the central axis. Three lift areas, combined with a designated corridor for staff and members of the public, ensure a clever logistical system in which all flows are separated. At the same time, the system ensures all essential direct connections between all departments. The sum is more than the hospital alone.

Together with the care centre, the complex meets the future demand for care services. An integral approach of the health care chain that is at home again in the city. Socially engaged and embedded in the urban fabric. The new hospital between the Lobroek dock and Park Spoor Noord not only fulfils an important pioneering role for the revitalization of the Dambuurt district but is also an important step towards the care facilities of the future.

Connecting the identities of vari ...

A moment of calm between hospital ...